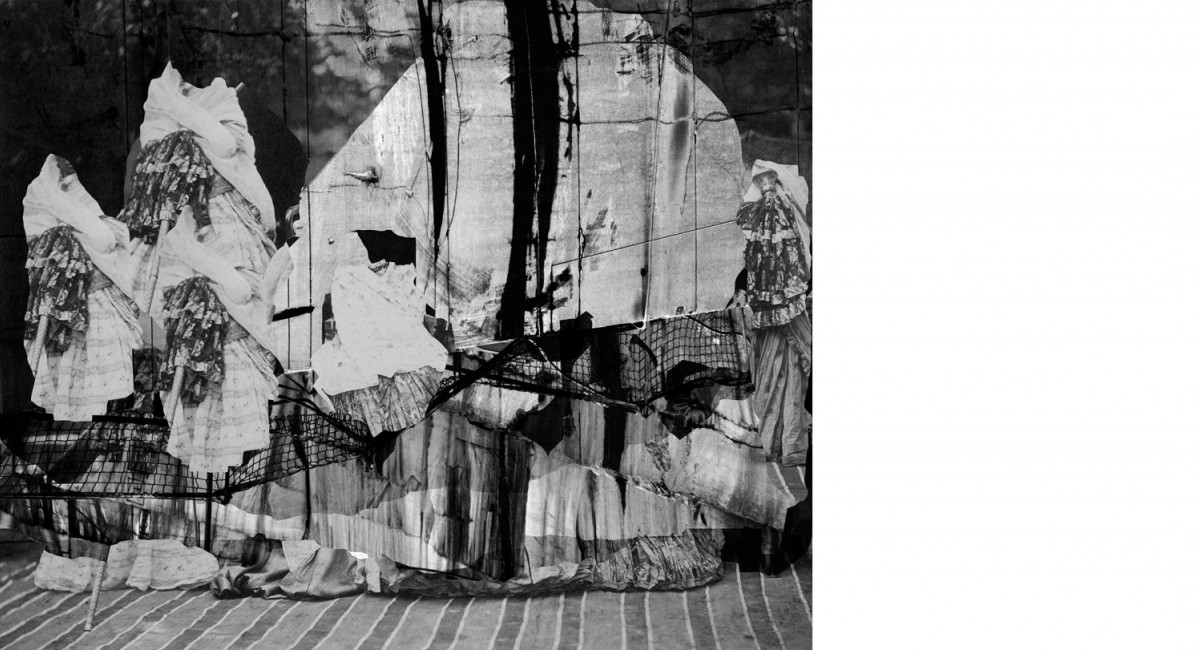 This film transforms the location of a working limestone quarry into a meditative response to Brian O’ Doherty’s wall painting One Here Now, created for  Sirius Arts Centre in 1996 and restored in 2018. Combining slow motion drone footage with extensive computer generated imagery, Ailbhe Ni Bhriain’s work obliquely references O’Doherty’s compositional elements and draws on the multilayered contemplation of place, time and inscription of One Here Now. The film is built around a series of extended shots, tracking the walls of exposed rock within the quarry interior. Deliberately framed to disorientate, these shots trace the deep-time of geological sequences as they overlap with sprayed industrial codes and the scars left by machinery on the rock surfaces.

These are punctuated by interior scenes, filmed within the quarry’s abandoned factory and transformed into a dreamlike theatricality. Integral to the work  is Susan Stenger’s layered soundtrack, which was developed from a study of the patterns of Morse code and the traditional tunes and phrases of Irish keening. The resulting melodic laments are immersed in a grounding of deep drones and atmospheres to create what she describes as a form of ‘sonic geology’. Installed within the darkened gallery space, the film aims to draw the viewer into an experience of displacement and a sense of place encoded by loss.

Susan Stenger is a US-born, now London and West Cork-based, musician and composer whose practice transcends boundaries. After classical flute training in Prague, she specialised in performing the music of John Cage and was a founding member of wall-of-guitars group Band of Susans and all-bass art band Big Bottom. Her installation Sound Strata of Coastal Northumberland premiered at Newcastle’s Laing Art Gallery in 2014, toured the Northumberland coast in 2015 and was documented in a 96-page publication with CD. She composed the soundtrack for Pat Collins’ 2011 film Tim Robinson: Connemara and has exhibited at MAC Lyon, Sketch Gallery, AV Festival, Toronto Nuit Blanche, Stockholm Music and Art and (as part of artist Jesse Jones’ Tremble Tremble) the Irish pavilion of the 2017 Venice Biennale, Project Arts Centre Dublin and Talbot Rice Gallery Edinburgh.

Supported by the Arts Council Open Call Award 2018.   With thanks to Domobaal Gallery, London.