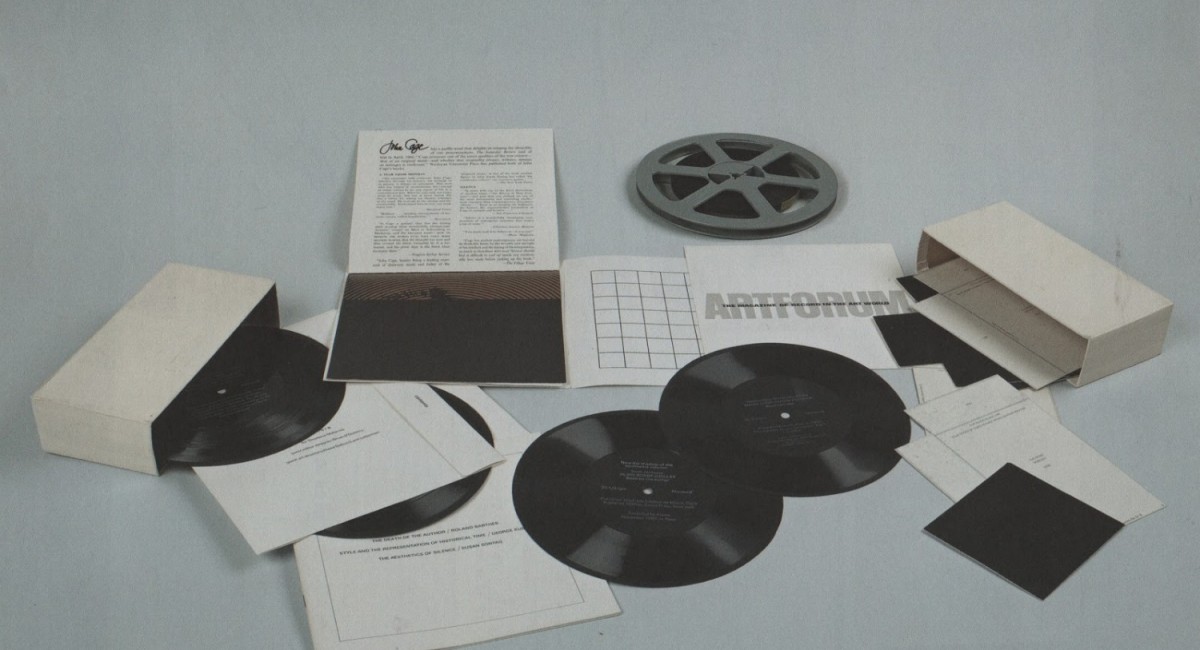 Dan Graham: beyond walls
Curated by Eamonn Maxwell
As part of One Here Now: The Brian O’Doherty / Patrick Ireland Project

Brian O’Doherty and Dan Graham have been friends and collaborators for more than fifty years and, at the age of seventy-six, beyond walls will be Dan Graham’s first solo show in Ireland.

This exhibition looks at the shared practice of O’Doherty and Graham, notably their use of text in art. Celebrating the uncovering of One Here Now after more than two decades, beyond walls will feature two important film works from the early years of Graham’s career. The exhibition will also feature a complete copy of Aspen 5+6, which marked the first time that the artists worked together.

Past Future Split Attention
This performance work featuring two actors was first staged at Lisson Gallery, London in 1972 shown here as a film work, documents Graham's project of psychologically restructuring space and time. Graham writes, "Two people who know each other are in the same space. While one predicts continuously the other person's behavior, the other person recounts (by memory) the other's past behavior. Both performers are in the present, so knowledge of the past is needed to continuously deduce future behavior (in terms of causal relation). For one to see the other in terms of the present (attention), there is a mirror reflection or closed figure-eight feedback/feedahead loop of past/future. One person's behavior reciprocally reflects/depends upon the other's, so that each one's information is seen as a reflection of the effect that their own just-past behavior has had in reversed tense, as perceived from the other's view of himself."

Performance/Audience/Mirror
Like Past Future Split Attention this work was recorded on video in front of a live audience.  Graham, as performer, discusses his observations, his movements and his thoughts as the audience observe him and themselves via a mirror at the rear of the stage. The rapid delivery of the monologue echoes the shared interest he and O’Doherty have in the use of text within contemporary practice.

Aspen5+6
The exhibition will also include a double edition of the conceptual magazine, Aspen. In 1967 Brian O’Doherty was employed to edit a double copy of the magazine. Aspen 5 + 6 , was a small box that contained a book, four films, five records, eight cut-out boards and ten printed texts. It was conceived by O’Doherty as the first exhibition to completely dispense with a gallery and he wanted to include works by artists of his own generation, including one of Dan Graham’s March 1966 conceptual poems.

Saturday 01 September  - Listening to Aspen
This unique event will see the audio elements of Aspen 5+6 played back from the original flexi discs, possibly for the first time ever, including recordings by William Burroughs, John Cage, Merce Cunningham, Marcel Duchamp and Naum Gabo.

We would like to acknowledge the support of Lisson Gallery, Electronic Arts Intermix, Mary Ruth Walsh, Aideen Barry and especially Dan Graham for their role in making this exhibition possible.