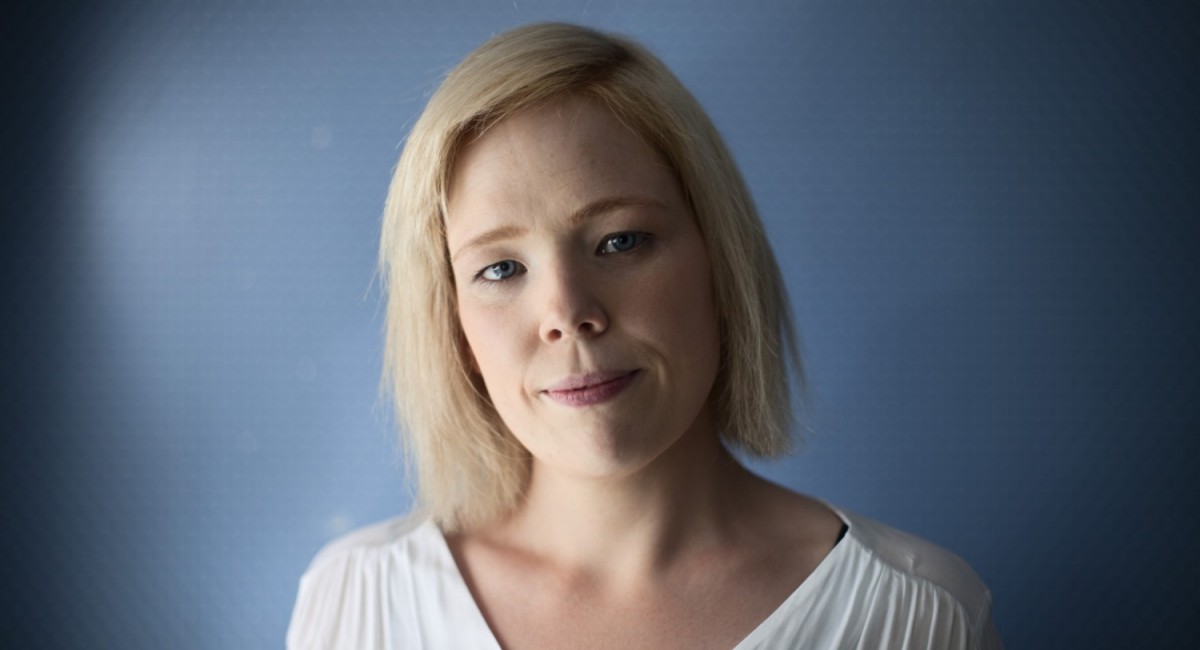 Ann Cleare’s new work One Here Now: A Sonic Theatre is commissioned by Sirius Arts Centre and co-produced with Tonnta to celebrate the launch of One Here Now: The Brian O’Doherty / Patrick Ireland Project. This new piece will take the audience on a sonic journey around the colourful labyrinth of Brian O’Doherty’s One Here Now murals.

Created for vocalists Emma Nash, Michelle O’Rourke, Robbie Blake and percussionist Alex Petcu, the piece explores the complex layers of O’Doherty’s work, translating them into a theatre of sound and motion.

The evening also includes a programme of vocal music inspired by Aspen 5+6, a “magazine in a box” edited by O’Doherty in 1967, featuring work by composers Morton Feldman and John Cage in a devised performance created by director Robbie Blake.

Ann Cleare
Ann Cleare hails from county Offaly, and works in the areas of concert music, opera, extended sonic environments, and hybrid instrumental design. Her work has been commissioned and presented by major broadcasters such as the BBC, NPR, ORF, RTÉ, SWR, WDR for festivals such as Gaudeamus, Wittenertage fur Neue Kammermusik, International Music Institute Darmstadt, Bludenzer Tage zeitgemäßer Musik, IMATRONIC at ZKM, and MATA, working with ensembles such as: ICE, ELISION, JACK Quartet, Ensemble Nikel, Yarn/Wire, Crash Ensemble, ensemble mosaik, The BBC Scottish Symphony Orchestra. Through working with some of the most progressive musicians of our time, she has established a reputation for creating innovative forms of music, both in its presentation and within the music itself. Ann studied at University College Cork, IRCAM, and holds a Ph.D. from Harvard University. Her scores are published by Project Schott New York. She is Associate Lecturer in Composition at the University of York in England. As an artistic collaborator with Dublin Sound Lab, she will work on developing their programming and production of electronic music over the coming years. Ann is Projects Officer with Sounding the Feminists, a collective championing principles of equality, fairness, inclusivity, and diversity in Irish musical life.

Tonnta
Tonnta is a music company and vocal ensemble that creates experimental performances through music. Named after the Irish word for “waves”, Tonnta is designed to be a platform to make new waves in music. Lead by vocalist and composer Robbie Blake, Tonnta works in a uniquely physical way bringing the body and voice together in performance. As producers of new Irish work, Tonnta has collaborated with choreographers, theatre makers and composers, to create and premiere over 40 stage and concert pieces. Recent productions include Town Choir in Dublin Fringe Festival with international collaborators Theatre Replacement (Canada).