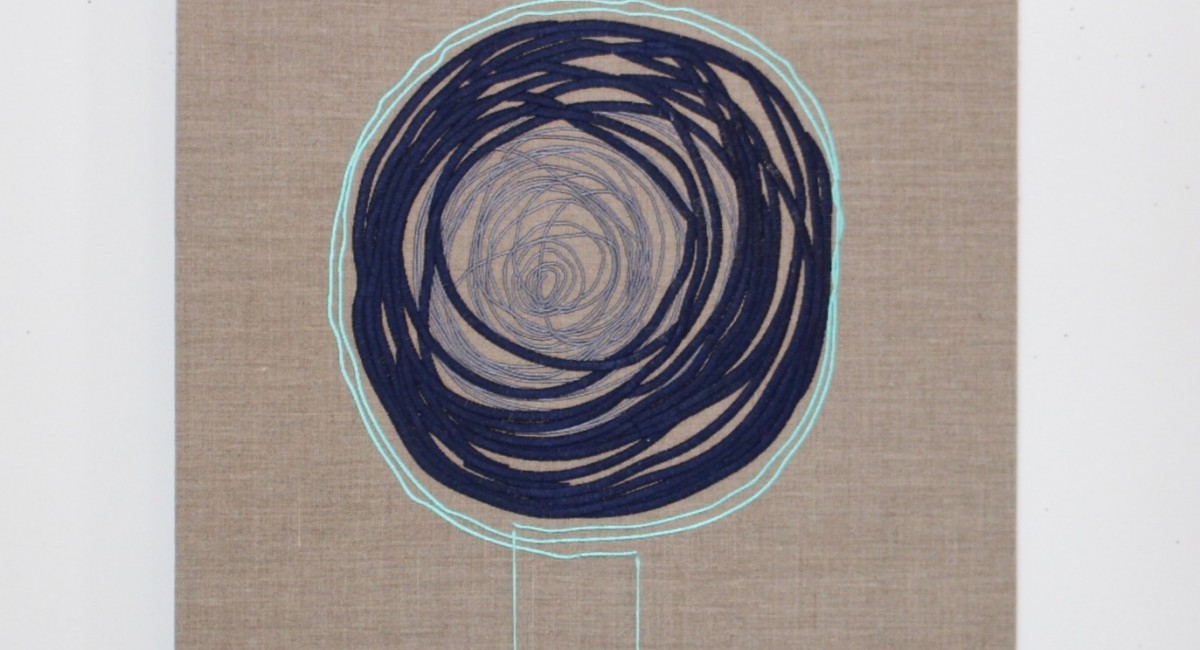 A restless reality, the search for present perfect:

Each time he took a walk he felt as though he was leaving himself behind.[i]

In Greek myth, Ariadne was the doomed lover of Theseus. It was she who gave him the sword and more importantly the ball of string, which helped him slay the Minotaur and find his way out of the Labyrinth in Crete. I remember reading somewhere that she is considered the first architect, a curious thought, as it was Daedalus who, according to myth, designed and built the labyrinth for King Minos. Perhaps it is the fact that she made sense out of the elaborate and confusing structure that lends credence to this claim. Like any labyrinth, artist Brian O’Doherty’s work leads us through a constructed environment, rooms, corridors and passageways - looking for something. O’Doherty’s installations are generous and provide a space that fulfills a need, a very modern need. The need to exist fully in the world – to be part of it. Hic autem unam.[ii]

This desire to create a place that makes sense can be found in many different guises throughout the culture of the twentieth century, especially in its many different utopian forms. The fact that none of them succeeded we of course now take for granted. Indeed, we have become so used to accepting the failure of this dream that we find it hard to understand that it was utopia’s destiny to succeed. Architecture was to be its physical realisation and Manhattan was to be its city - not just because of the high proportion of planned canonical buildings for the city, designed by the modern movement, but because many of the artists and designers who first dared to have this vision sought sanctuary there.[iii] A place where one could be free to start again.

These thoughts were central to my response to O’Doherty’s newly restored One Here Now murals in the Centre Gallery of Sirius Arts Centre, and out of which comes this new body of work - Present Perfect. Central to this response, is the medium of drawing, which revealed itself less as a discourse of freedom, but as a medium haunted by the ideology of freedom. The writer Michael Newman points out that drawing only lightly touches the suface, that each stroke is a sign of withdrawal, of depature. “Drawing, with each stroke, re-enacts desire and loss. Its particular mode of being lies between withdrawal of the trace in the mark and the presence of the idea it prefigures” [iv]

In these drawings, and I do consider all these works to be drawings, there is a longing to form a bond between the process of drawing and thought, freedom and place, in order to reconnect with something very delicate. A relationship between time and space, being and becoming, figure and ground, completion and incompletion, are all part of my response to One Here Now, which, when one searches hard enough - encompasses drawings’ tacit revelatory nature.

This interest in process and in incompletion can be found in the sculptural practice of O’Doherty’s contemporaries Robert Morris and Eva Hesse. Drawing, like sculpture, was seen not just an appropriate tool or an end product of these explorations. Rather it was drawing itself with its innate qualities of provisionality and process, as well as its tautologous and thought-like nature, that offered a model of how art itself should be conducted. I approached this new body of work as a series of experiments, or extended thought processes with O’Doherty’s work, with the ghost of Ariadne not far away. Using textiles and embroidery in particular in the process of drawing, I wanted to provide a meeting place between the pictorial and the tacitle in order to consider the conceptual imlpictions of the woven structure and its relationship with time and place. The process of textile making alludes to the present moment - becoming through its own maufacturing an embodiment of time itself. The notion of textiles as a constructed, complex, language-like form echoes themes in Brian O’Dohertys murals, which comprise of abstract paintings and the ancient Irish alphabet of Ogham. And like Theseus, hoping to find the piece of string that will lead me out of the past and into the present.

As a project, revealing these murals engages with a history that is partial and subjective,[v] giving us a sense that history directly involves us and that the future some how comes to us from the past here in Ireland. And that is the gift Brian has given to us. Standing in the Centre Gallery at Sirius Arts Centre, before the restoration of One Here Now, surrounded by white walls and a view of the sea, it was hard to think of the murals behind all those layers of paint and what they might mean once they were revealed. But in whatever content or form, art should only ever appear as one thing: freedom, or at the very least, a search for it.

Kindly supported by the Arts Council of Ireland, the Department of Culture Heritage and the Gaeltacht, Cork County Council, Colourtrend, the Port of Cork, Ronan Daly Jermyn and O'Leary Insurances.

We would also like to acknowledge the support of mother’s tankstation, Dublin | London.

[ii] I was always struck by the title of the work, One Here Now. It reads like a motto, which was created in the heat of battle veritus vos liberabit or some such cry.

[iii] Needless to say, this quest is not exclusive to modernist designers and also includes the millions of immigrants who made there way to America to make a better life.

[iv] Newman, Michael, “The Marks Traces and Gestures of Drawing” in The Stage of Drawing: Gesture and Act, op. cit., 95.

[v] This is the underlying sensibility in myth. Indeed, I would put forward the idea that myths are established to engender a sense of wonder about the world and like art, to counter our perceived mastery and understanding of it.

Brendan Earley will be in conversation with writer and critic Chris Fite-Wassilak on the evening of the opening; Friday 04 May at 6pm. Free in, all welcome.

Chris Fite-Wassilak is a writer and critic based in London. He is a regular contributor to Apollo, Art Monthly, Art Papers, ArtReview and frieze. He is a contributing editor of ArtReview, and co-organiser with artist Anne Tallentire of the quarterly event ‘hmn’. His short book of essays, Ha-Ha Crystal (2016) is published by Copy Press.

Brendan Earley.
Born 1971, lives and works in Wicklow. Through sculpture and drawing, Earley explores the apprehensive relationship between Modernist design and our contemporary culture to gain a fresh significance in an era of heightened awareness on climate change. Earley approaches art as tantamount to original visionary aspirations, where design and making become representative of a higher aspiration, both real and imagined. Inspired by alternative fiction, Modernist design and home craft, Earley reinvigorates Modernist tropes with a raw intimacy by utilising tactile, everyday materials.

After graduating from NCAD with first class honours, he spent a number of years travelling before receiving the Fulbright scholarship to attend Hunter College, New York City. Graduated with a Master in Fine Art in 1999 and returned to Dublin where he exhibits regularly. Recent exhibitions include I Went to the Woods, Glucksman Gallery (group) 2016, Life After Buildings, mothers tankstation(solo), 2017, Back of Beyond, Douglas Hyde Gallery  2 (solo) 2017. His work is in a number of public and private collections. He was awarded his PhD in 2010 from the National College of Art and Design, Dublin and is represented by mother’s tankstation Ltd.