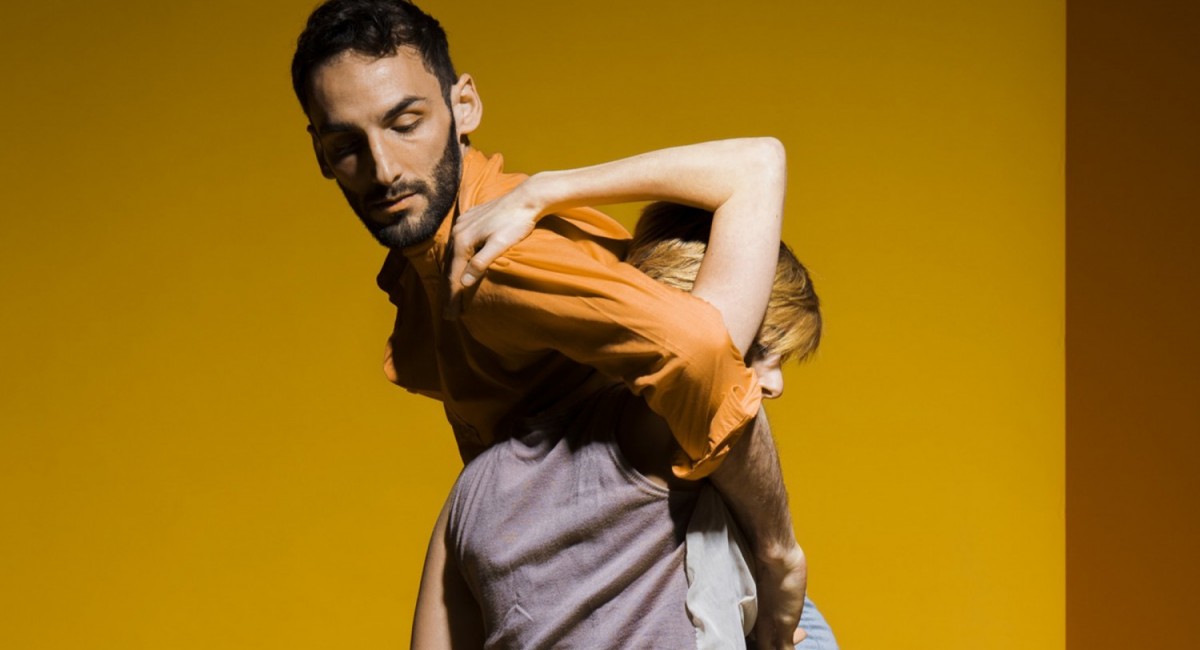 A major new contemporary dance work by Liz Roche in collaboration with composer Linda Buckley for the Cork Opera House stage. Emerging out of artistic dialogues between Brian O’Doherty and Liz Roche, I/Thou will draw upon the complex notations and symbolism in One Here Now; The Ogham Cycle, re-working them into dynamic choreographic patterns and stories that explore notions of physical identity, language, history and landscape.

One, Here, Now is a nine-part series of spectacular floor-to-ceiling wall paintings by the eminent New York-based Irish artist Brian O’Doherty (formerly known as Patrick Ireland), that were made over twenty years ago and subsequently covered up and almost forgotten about, until now.

In April 2018 an ambitious project saw the temporary uncovering of these murals, marked by a year-long series of specially commissioned artworks, music compositions, performances and talks to celebrate, re-interrogate and most importantly, preserve, these important Irish works.

Liz Roche Company will join creative forces with Sirius Arts Centre and Cork Opera House in a major new partnership, to co-commission and co-present ambitious new dance pieces inspired by these works with the aid of funding from the Open Call Programme 2018

The project also coincides with Brian O’Doherty’s 90th birthday and the 30th anniversary of the opening of the Sirius Arts Centre. It proposes to renew this outstanding work of Brian O’Doherty in a seemingly hidden, but magnificent setting on the sea, and on the edge of Europe.

Roche will take her inspiration for the new work from O’Doherty’s newly uncovered One, Here, Now; The Ogham Cycle wall paintings, having first created Pilgrimage  - a dance installation that was performed at Sirius Arts Centre in June, followed by a major new dance piece for the Cork Opera House I/Thou in September.