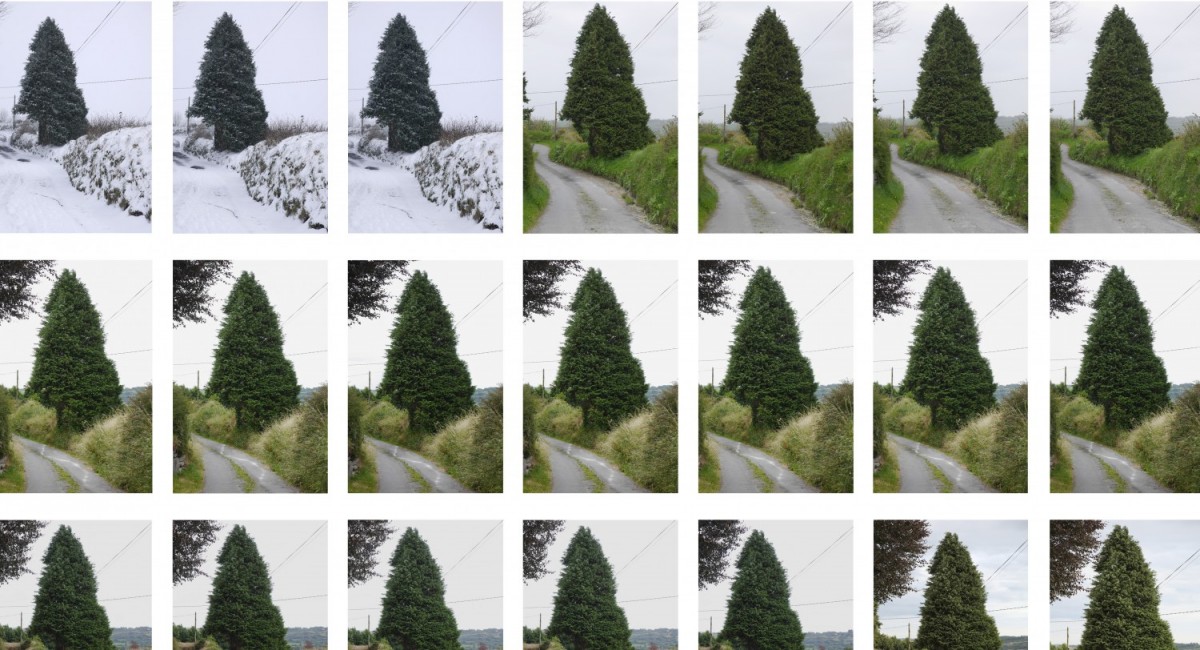 Tomorrow is Sunday is a long-term project by Miriam O’ Connor which explores her return to the family farm following the death of her brother in 2013. The works in the exhibition, which have been developed throughout this intervening period, reflect on the day-to-day demands of farming life while questioning photography’s ability to communicate the magnitude of this life-changing event.

At the initial stages of the work, the camera was employed to document fragments of everyday life, serving as a pivotal survival tool to negotiate this often-challenging return to the farm. Over time, discontented with this approach, O’ Connor, changed course, drawing on photography’s reputed impartial sensibilities, producing taxonomies, glossaries and folios of everyday life from disparate perspectives. Particular areas on the farm became a continued site of refuge; were revisited and photographed over and over again. As time elapsed, photography’s capacity to communicate this narrative was called more into question, with all approaches appearing, to a certain degree, ineffective. In the last year, O’Connor herself became the subject of the camera’s gaze, accountable like all other aspects on the farm via a daily ritual of self-portraits taken over a year.

Throughout these lengthy reflective periods and inspired by her frequent engagement with the farming crossword, new and unexpected parallels began to emerge. Slowly a compromise was reached, situating all approaches as no longer wholly definitive, but acting instead like a repository of questions, some of which endure in a polemic state. This unhurried acceptance of how photography can function in such circumstances emulates the remedial trajectories often associated with loss and the various phases characteristic of the grieving process.

Miriam O’Connor is from Cork and was educated at Technological University, Dublin and later completed a Research Masters at Dun Laoghaire Institute of Art Design & Technology, Dublin (2011). Her work has been featured in magazines including; Camera Austria, Source Photographic Review, The New York Times and The Guardian. Recent exhibitions include, newly commissioned work Isla Blue for Active Archive - Slow Institution - The Long Goodbye at Project Arts Centre, Dublin (2019) and works in The Parted Veil at The Lewis Glucksman, Cork (2019). In 2018 she exhibited in Interiors and Other Landscapes, Sternview Gallery, Cork, RHA Annual Open, Dublin and in Encountering The Land at VISUAL, Carlow. In conjunction with Galleri Image, Denmark, she was commissioned to produce new work for FRESH EYES - International Artists Rethink Aarhus, which was exhibited during Aarhus Capital of Culture, 2017. In the same year her work was part of a touring show Post-Picturesque: Photographing Ireland at Rochester Arts Center and the Perlman Teaching Museum, USA.