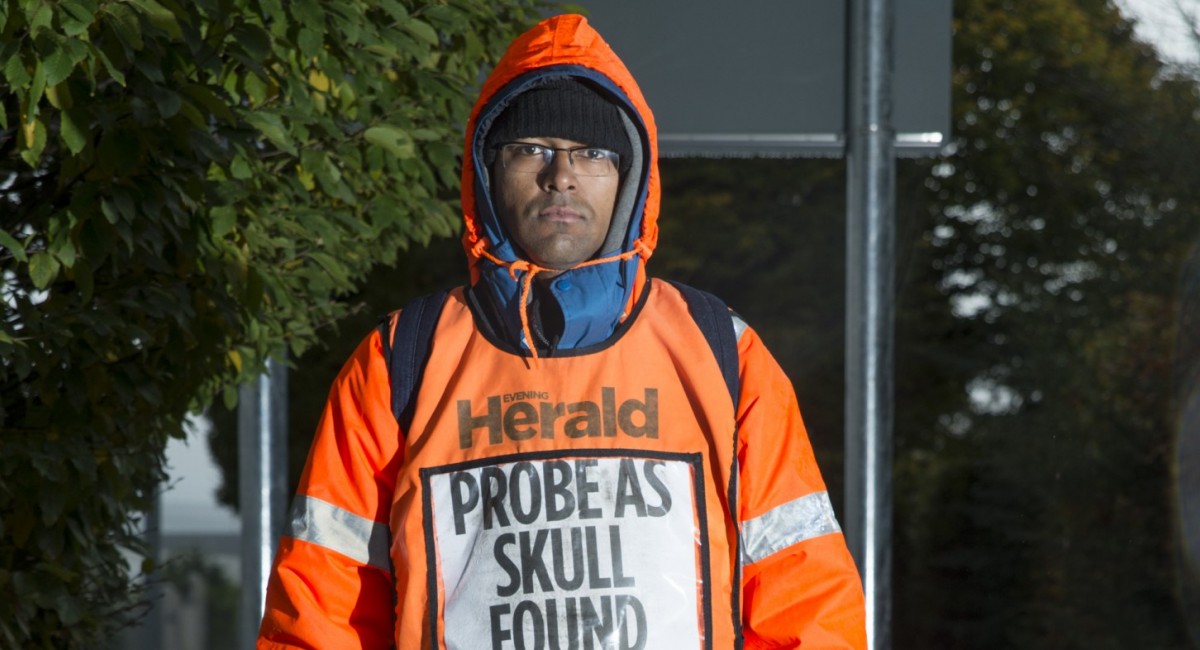 [ ... ] I wanted to cast an eye over the Figaro, to initiate that abominable and voluptuous act called 'reading the newspaper’, thanks to which all the misfortunes and cataclysms which have occurred in the world over the previous twenty-four hours, the battles which have cost the lives of fifty thousand men, the crimes, strikes, bankruptcies, fires, imprisonments, suicides, divorces, the cruel emotions of statesman and actor, transformed for our personal use - we who are not involved in them - into a morning treat, combine excellently, and in a particularly exciting and invigorating way, with the recommended ingestion of a few mouthfuls of white coffee. - Marcel Proust.[i]

The Standard is a lens-based project by Ivan Rynn that focuses on the distribution of newspapers in Ireland, the street news vendors and the spaces they occupy and information that is conveyed in the headlines.

The newspaper vendor has had a long history as a figure within visual cultures; Lewis Hine's Newsies (1908-1912) being the most recognised, along with many early to mid twentieth century films such as Breathless/À bout de Soufflé (1960) and the Day the Earth Stood Still (1951). The vendor traditionally brought the media to the people on the street and was once seen as a key figure from whom one could obtain trustworthy information. However, as digital media acceleration continues, we now have many choices for obtaining the news, leaving the vendor with an uncertain future.

The remaining news stalls in the city centres are mostly operated by long-term serving Irish vendors and the distribution of the paper on the outskirts of Irish cities is primarily done by foreign nationals, who are located at busy intersections, selling to the evening commuters as they sit in traffic. Many of these sellers are carrying sensational headlines on their hi-visibly uniform to encourage sales. The majority of the commuters have an insulated relationship with these people, reading the headline as they walk towards them with little or no actual engagement.

The Standard considers the relationships between the newspaper vendors and the words they display and by doing so explores the power of text, image and gesture both within the photographic medium and in a wider public context. This work uses photographs, interviews, stories and videos to give an insight into who these people are and their role in communicating a version of the news to the public within a world where media is accessible through multiple platforms.

With thanks to the Cork Film Centre.