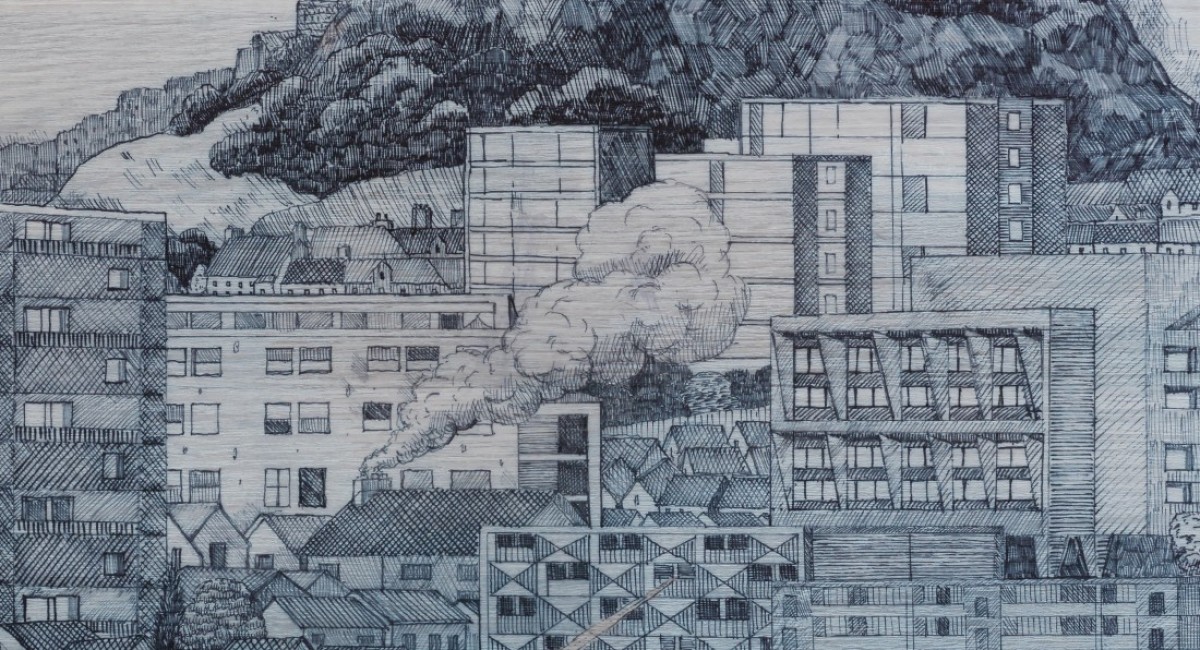 Stephen Brandes presents his most recent body of work for Sirius Arts Centre - digital slideshows, collages and a monumental drawing; presented together as an expanded fiction and narrated by a character recounting his memories of travelling Europe through the mid 21st century.

The exhibition brings together a wildly eclectic nebula of ideas and images, fed by historical research, personal pilgrimage and even debates provoked in provincial pubs. It was initially inspired by the lives of two very different people; Gűnter Grass, author of The Tin Drum and Patrick Geddes, a Scottish polymath whose revolutionary plans for redesigning Dublin to help heal its social inequalities, were banjaxed merely a year later, by the 1916 Rising.

This is also a wider meditation on the legacy of history, of periods of enlightenment and their moments of suspension, revealed in the objects, buildings and monuments that remain often out of context and out of shape.

Geddes once reflected that, “it is interesting sometimes to stop and think and wonder what that place you are currently at used to be like in times past, who walked there. Who worked there and what the walls have seen”. Turned to face the future, this statement effectively becomes Brandes’ mantra, delivered however with customary poignancy, absurdity and a gallows humour. 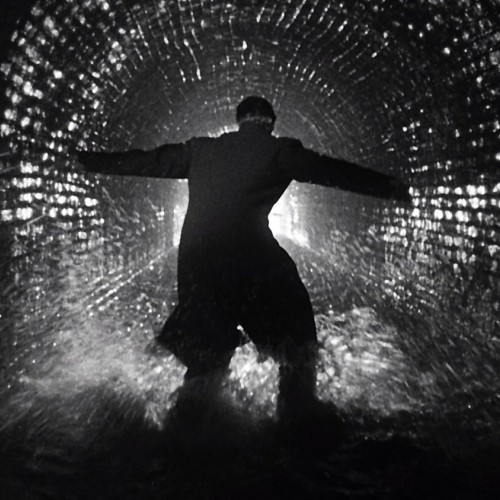