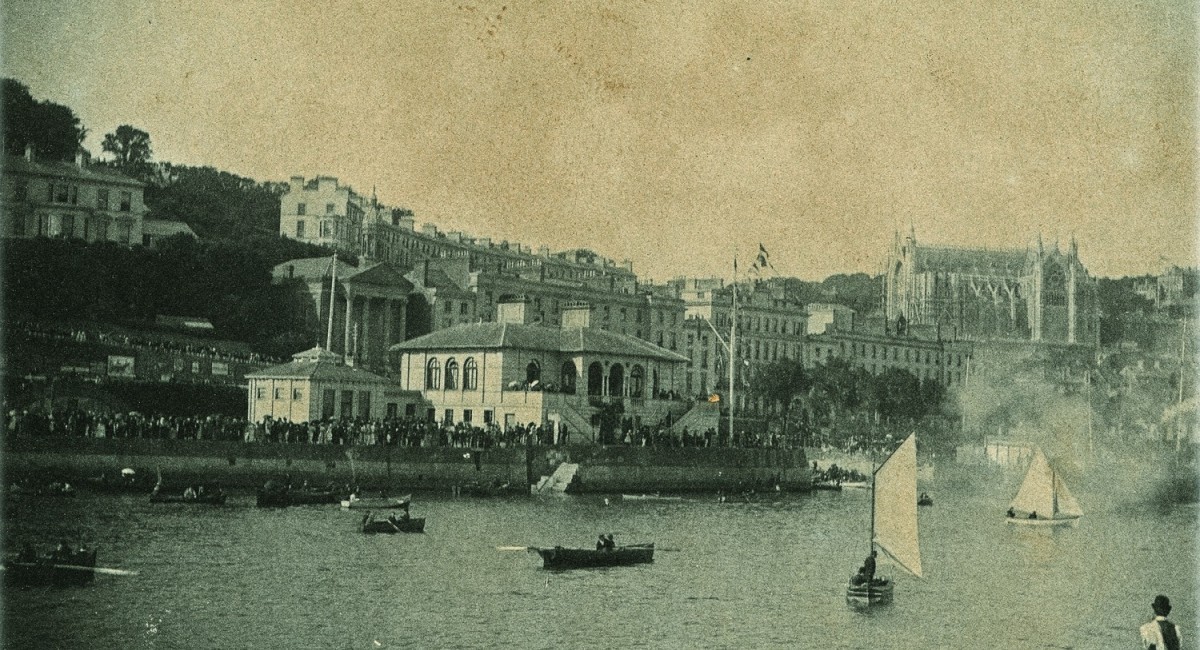 The Royal Cork Yacht Club is celebrating its 300th anniversary this year. This exhibition narrates the story of this organisation through a selection of objects and photographs sourced from institutional and family archives, focusing on the period between 1854 and 1966, when it was based in this building.

Private sailing became popular in Cork Harbour in the transition from the seventeenth to the eighteenth century. In 1720, William O’Brien, the 9th Lord Inchiquin, along with five of his friends, founded the Water Club of the Harbour of Cork, the first private boating organisation in the world. The name eventually progressed to better reflect its mission: ‘yacht’ replaced ‘water’, with the prefix ‘Royal’ being added in 1831 after William IV, King of the United Kingdom of Great Britain and Ireland, granted that privilege.

In the early nineteenth century the club settled in Cobh (renamed as Queenstown from 1849 to 1920), and membership continued to grow. In 1853, the club commissioned the distinguished English architect Anthony Salvin to design a building to accommodate its activities. The site evolved to become not only a yachting centre but also a key meeting place for Cork’s elites. By the 1960s, a reduction of activities caused a substantial depletion in the resources needed to maintain the building, and so the club sold it in 1966 and moved to Crosshaven, County Cork.

This exhibition features a variety of items – from images to flags, a wage book to a dinner set – that illustrate the narratives, both political and personal, around the Royal Cork Yacht Club. They acknowledge both the significant role the organisation played in Irish society, and also the convoluted relationship between class distinction and sport in Ireland.

This exhibition is organised in collaboration with the Royal Cork Yacht Club and the Cobh Museum. It is partially funded by a grant from the Cobh branch of AIB Bank.

We already have some interesting items on loan from our exhibition partners, but we are also seeking additional contributions from the general public. We would like to know if there are any hidden gems out there in the community relating to the yacht club when it was in Cobh. As the current occupants of the building, we are especially keen to track down photographs featuring the interior and any documents relating to former staff.

If you have something of interest that you wish to share please email team@siriusartscente.ie, where you can reach the exhibition organisers.

Any piece brought forward will be treated with care. It will be recorded and/or photographed/scanned, after which will form part of our own archive pertaining to the history of the building. Donations of original pieces are also welcome.