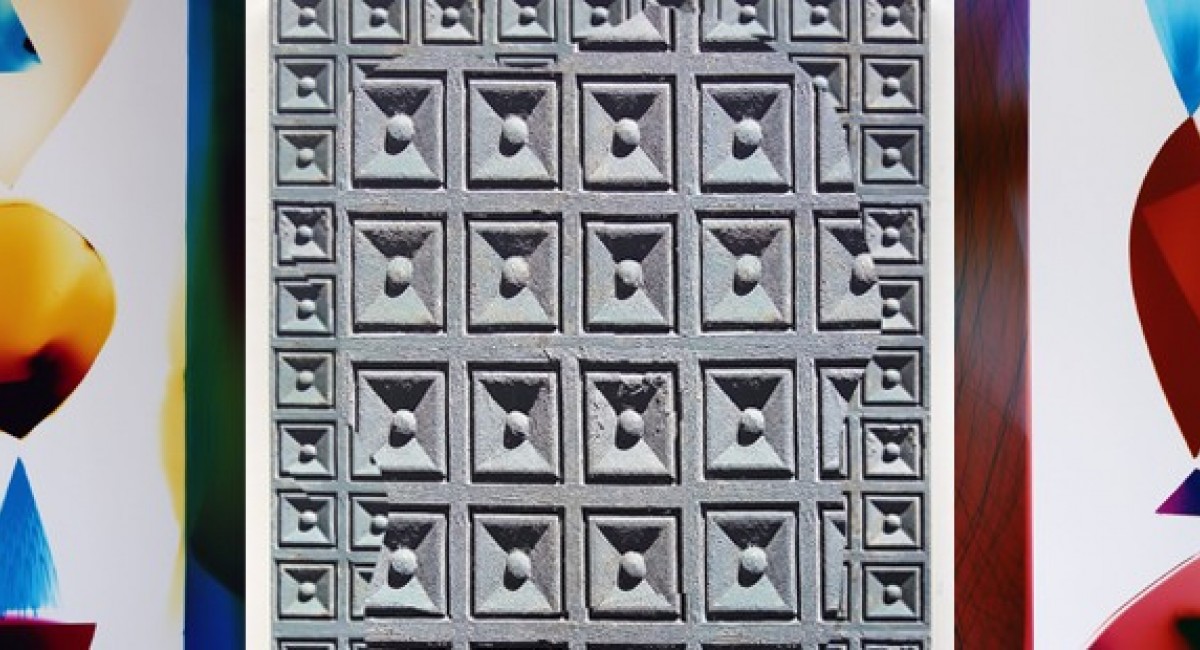 This exhibition presents the work of two outstanding American artists whose contemporary art practice employs a unique exploration of the materiality of photography, producing striking abstract works that push the boundaries of the medium to contemplate its use of light and memory.

Liz Nielsen describes her process as “painting with light.” She creates photograms, a form of camera-less photography, employing light sensitive photographic paper that is exposed to a creative variety of light sources (from an enlarger to a bike lamp to a laser) through brightly colored plastic collages. The result is a completely unique work with surprising painterly effects and stunning color tones.

Max Warsh employs the camera to capture in minutia the details of everyday urban architecture. These architectural choices, the ones we see so regularly we fail to notice them, are in fact as intimate as our daily routine – they inform us as a half memory on which we build our sense of place. Warsh prints and manipulates the images, creating intricately collaged works that are reflective of the original architecture yet also distort and even renew its visage. Like with a faded memory given fresh focus, there is a challenge to push beyond assumption and revive our personal perception of what comprises our lived space.

June 23rd:
10am - Workshop with Liz Nielsen – hands-on workshop with the artist as she explains her creative process while guiding you to make your own cyanotype sun print. To book email info@siriusartscentre.ie with subject title Liz Nielsen Workshop.

2pm - Artist & Curator Talk - Max Warsh discusses his artistic practice and his experience of running a non-profit gallery in New York City. Jessamyn Fiore talks about her curatorial practice including her role as co-director of the Gordon Matta-Clark Estate, curator of the Jean-Paul Najar Foundation in Dubai, and director of Thisisnotashop, a non-profit gallery that was based in Dublin 2006-2009.

Followed by:
Panel Discussion - That 70's Influence
Jessamyn Fiore, Liz Nielsen, Max Warsh and Katie Holten.This panel will expand upon the current exhibition by Liz Nielsen and Max Warsh to explore the influence of 1970's art on today's practicing artists, with particular reference to Gordon Matta-Clark and Brian O'Doherty.

Finger food and drinks by served after the talks. All welcome

Liz Nielsen (American b. 1975) is a Brooklyn based photographic artist. She has exhibited extensively; most recently her work was shown as part of the Material Art Fair (Mexico City), London Photo (UK), and in New York at Denny Gallery, Laurence Miller Gallery, and Danziger Gallery. She received her MFA from the University of Illinois, Chicago and her BFA from the School of the Art Institute of Chicago. Nielsen's works have been reviewed in The New Yorker, The New York Times, Wall Street Journal and ArtSlant.

Max Warsh (American b. 1980) lives and works in New York City. Most recent exhibitions include Approximately Spring at Longhouse Projects (New York, NY), The Shared Patio at Greenpoint Terminal Gallery (Brooklyn, NY), Hot and Cold, Laurence Miller Gallery, NY and Nothing Ever Happened, Chapter 61, New York, NY. He received his MFA from the University of Illinois, Chicago and his BA from Sarah Lawrence College, New York. He is a co-founder and director of the artist-run gallery Regina Rex based in New York City.

Jessamyn Fiore (American b. 1980) is a New York based curator and writer as well the co-director of the Estate of Gordon Matta-Clark. She is the curator of the Jean-Paul Najar Foundation in Dubai, UAE, opening in March, 2015. She was the Director of Thisisnotashop, a not for profit gallery space in Dublin, from 2007-2010. She received a Masters in contemporary art theory, practice, and philosophy from The National College of Art and Design, Dublin, in 2009.

Exhibitions curated include 112 Greene Street: The Early Years (1970–1974) at David Zwirner in New York (2011), which led to her editing the critically acclaimed, eponymous catalogue, published by David Zwirner and Radius Books (2012); and a second exhibition for David Zwirner New York titled Gordon Matta-Clark: Above and Below (2013). Recently, she curated II Machines: Clive Murphy & Trevor Tweeton at the Knockdown Center in Mespeth, Queens (May 2015) and was a partner at Rawson Projects gallery on the Lower East Side (Sep 2014 - May 2015), organizing exhibitions by Nathaniel Mary Quinn and Lilja Birgisdottir among others.

Katie Holten is a visual artist based in New York. She represented Ireland at the Venice Biennale in 2003 and has had solo museum exhibitions at the New Orleans Museum of Art (2012); Bronx Museum, New York (2009); Nevada Museum of Art, Reno (2008) and Contemporary Art Museum St. Louis (2007). She currently hosts a series of Sunday Salons at her home with Dillon Cohen. 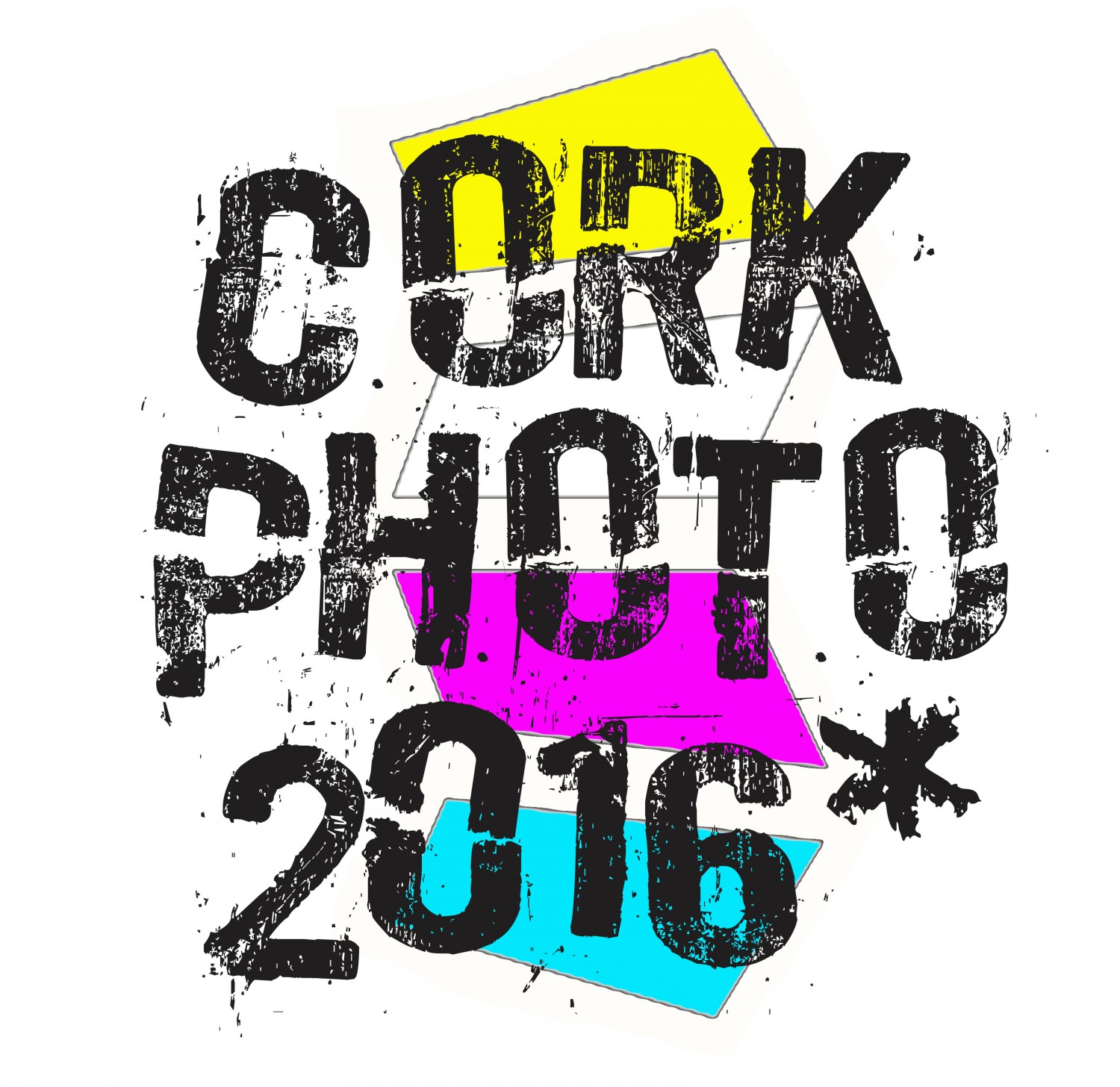 This exhibition is affiliated with Cork Photo 2016. Visit the website for further information about other exhibtions and events. 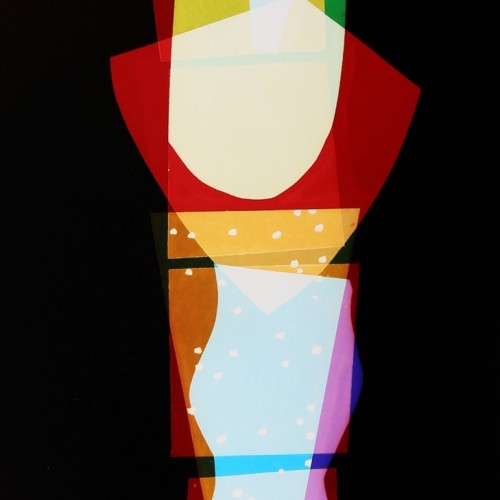