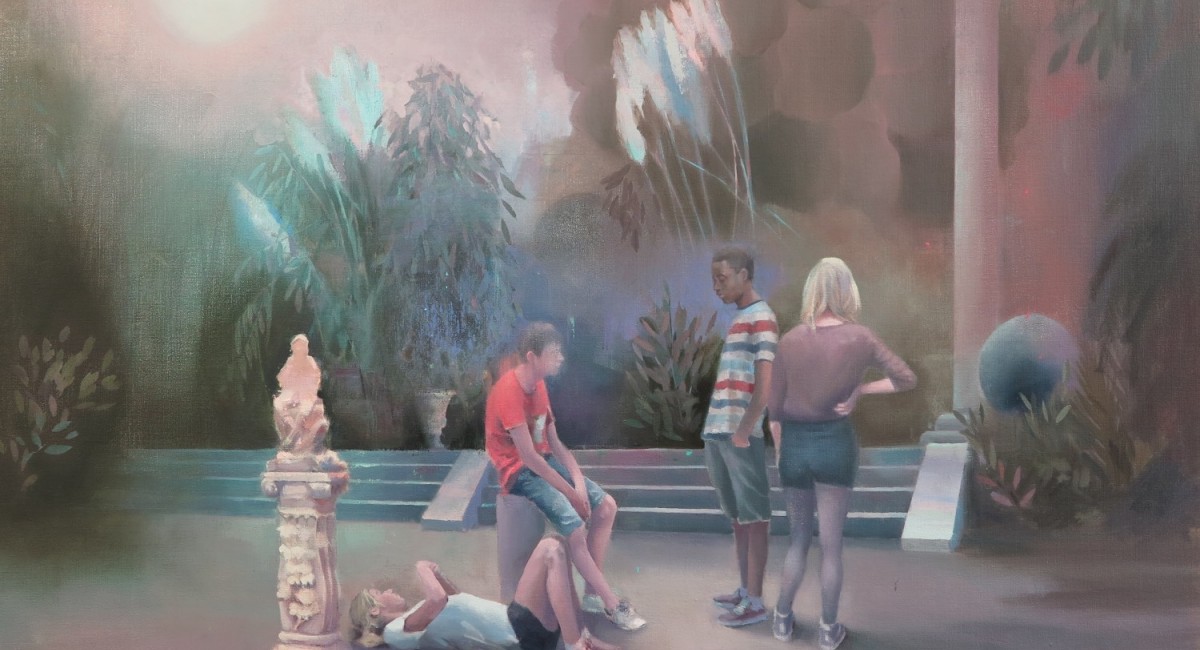 No Shade in the Shadow | Colin Crotty

The figures in Colin Crotty’s paintings are charged with potential. Occupying various thresholds - between youth and adulthood, reality and myth, public and private realms; the scenes in his work elude descriptive narrative but originate from real subjects within community.

In his recent paintings Crotty cites some of his main concerns with the expression ‘disenchantment of the world’.  Max Weber, who borrowed the expression from Friederich Schiller, used the concept of disenchantment to describe a declining attitude towards traditions of belief in modern society. Ideas within the exhibition No Shade in the Shadow explore the notion of (re)enchantment and the possibility of forming new belief through the ritual of social gathering.

Crotty re-visits figurative compositions of social gathering over and over, exploring familiar and everyday routines. Variations on a theme and recurring scenes situated in idealised natural landscapes pay particular respect to the practice of 18th Century French painting of ‘fete-galante’.

The modern ‘fiction’ of Arcadian mythology with its architecture often referred to in urban parkland offer arcane possibilities within Crotty’s work. The process of painting as a mode of interpretation allows for reflection on cultural memory, the role of public space and regeneration of such mythology.

Colin Crotty lives and works in Dublin and previously studied an MA in Fine Art at Chelsea College of Art and Crawford College of Art & Design, Cork. Selected recent exhibitions include; Seachange, TULCA Festival Galway, 2015; Arschersleben, Germany 2015; In the Land of Tib and Tom, Rubicon Projects, Dublin 2014; In Between Days, Cross Gallery, Dublin 2014; Mache dich, mein Geist, bereit, Baumwollspinnerei, Leipzig, Germany 2014; Gemeingeist, Goethe-Institut Dublin 2010. His work is held in a number of public and private collections including The Arts Council of Ireland and the Office of Public Works. Colin is currently partaking in the artist residency programme at the Royal Hibernian Academy artist studios.

Return bus from Sullivans Quay, Cork City to Sirius Arts Centre - departs at 2.30pm on the 14th of May, €3pp. If you would like to book a place on the bus please email info@siriusartscentre.ie with the subject line 'Bus booking May 14' and your name and contact number.

No Shade in the Shadow - Public Talk 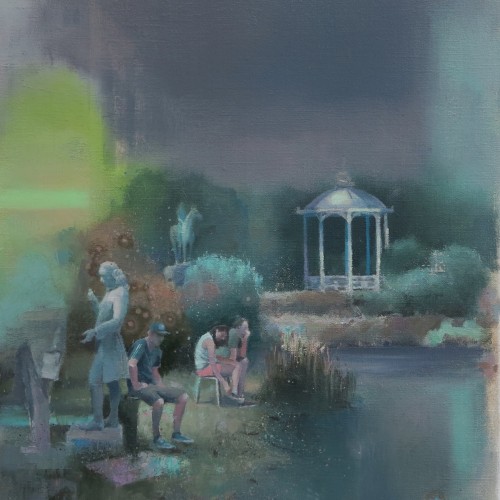