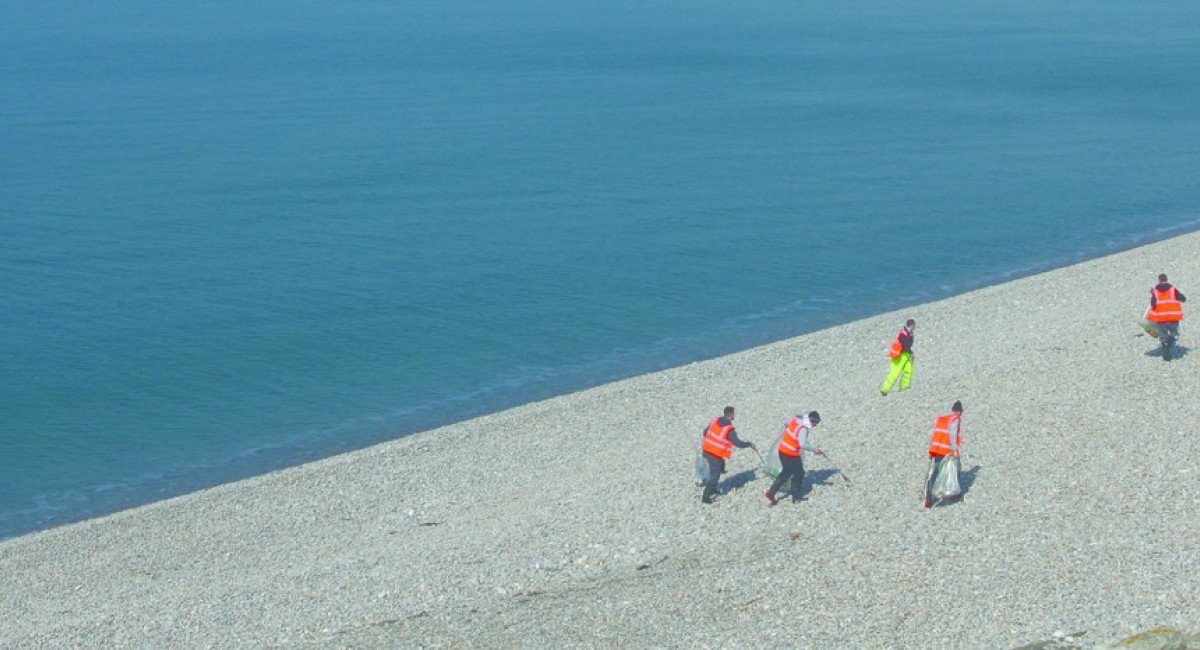 Project Cleansweep, an exhibition of work by Dara McGrath, takes its name from a UK Ministry of Defence report issued in 2011 that assessed the risk of residual contamination at sites in the United Kingdom used in the manufacture, storage, and disposal of chemical and biological weapons from World War I to the present day.

The work looks beyond the risk assessment to the ways that landscapes are psychologically charged by their history, examining the sites of the official investigation, including those used for both chemical and biological weapons activities during the Cold War. McGrath’s investigations followed traces that lead, predictably, to military bases and government facilities and, more surprisingly, to grocery stores and holiday parks. Over 4,000 sq km of the landmass in the UK was appropriated for military use in the 20th century. The images take the viewer into the country lanes of Dorset and Devon, the Peak District, the woodlands of Yorkshire and out across the open rolling countryside of the Salisbury Plain, all the way from the coastlines of East Anglia, the West Counties and Wales to the remote Scottish Highlands and the Irish Sea.

Considering our inheritances of the past, the places pictured here become interstitial; they seem to exist between past and present, public and private, civilian and military. Here, too, the pastoral myths of the bucolic British landscape — of simple nature, a golden past — are disrupted by material realities embedded in the landscape itself.

Dara McGrath is a photographic artist based in Cork City, Ireland. His photo works look at transitional spaces, in-between places where architecture, landscape and the built environment intersect, where a dialogue – of absence rather than presence – is created.

McGrath is the winner of the Remote Photo Prize 2017, the RAC Photo Award 2017, the AIB Arts Prize, European Now Award, a Solas Prize and was recently nominated for the Prize Pictet 2016.

Sabine Kriebel is an art historian specializing in modern art and photography. Author of Revolutionary Beauty: The Radical Photomontages of John Heartfield (University of California Press, 2014), she has also recently released a co-edited volume Photography and Doubt (Routledge, 2016) with Andres Zervigon.  She has taught at UCC since 2004.