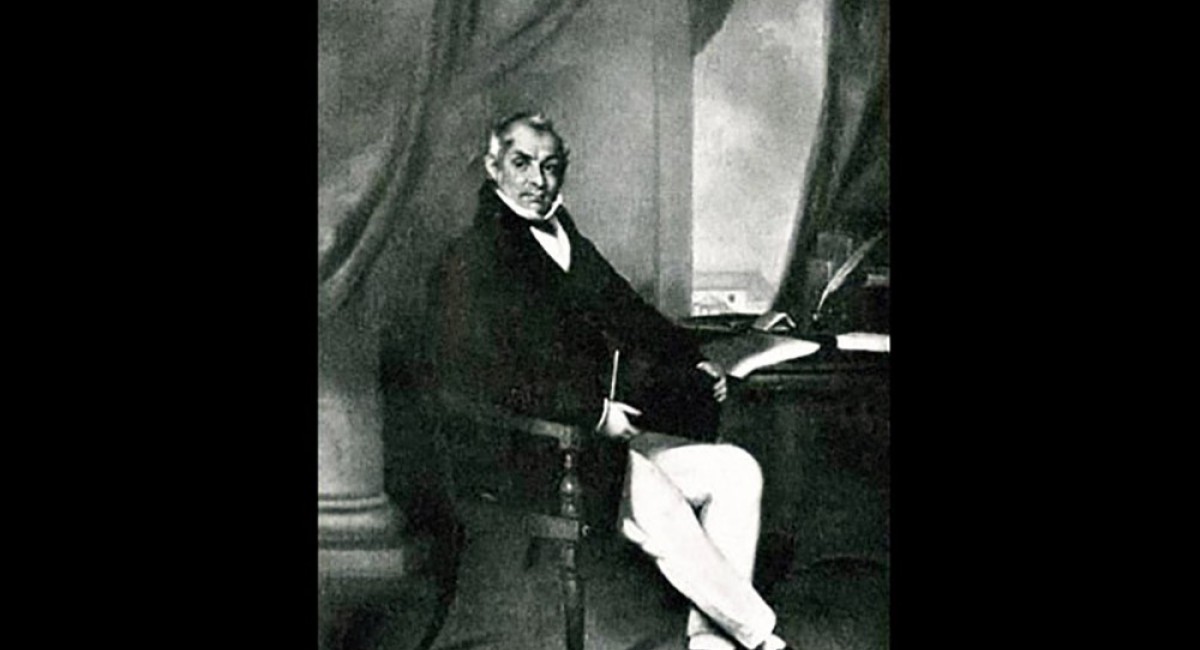 The Cork-based philosopher, politician and social reformer William Thompson (1775–1833) was a progressive thinker and a champion of equality, women’s rights, vegetarianism, trade unionism and the cooperative movement. Over the course of his career, he evolved from an advocate of utilitarianism to a pioneering critic of capitalism, and influenced the writings of Karl Marx. James Connolly, a key Irish republican, trade union leader and cofounder of the Labour Party, named him the first Irish socialist.

The William Thompson Forum, initiated and developed by SIRIUS, is a series of talks and discussions, celebrating and informed by Thompson’s ideas and legacy. It covers urgent questions of social relevance in Ireland and overseas: inequality, racism, the housing crisis, the politics of care, colonial narratives, civic action. Speakers include scholars, activists, community organisers and arts professionals. Each contributor gives a thirty-minute presentation on a given topic informed by their research and practice, followed by a thirty-minute Q&A moderated by a member of SIRIUS staff.

Finance in Ireland has a complicated relationship with the state. This talk examines the resulting inequalities and lack of social investment in communities across the country, and explores environmental and feminist economic strategies for a more progressive and democratic financial system.

Conor McCabe is a researcher and collaborator with political, trade union and community groups. His books include Sins of the Father: The Decisions That Shaped the Irish Economy (2013) and Money (2018).

“It was not a question of race, the Gardaí were only doing their job”: Race, Racism and Denial in Ireland

Soon after armed Gardaí killed George Nkencho on 30 December 2020, it became clear that many lies were being told.In the face of claims that “it was not a question of race, the Gardaí were only doing their job,” and despite the exploitation of the killing by the far right, the many lies make clear that race was a central factor in Nkencho’s death. This talk unpacks misconceptions about race and racism both theoretically and politically. It argues that denying the centrality of race and state racism in Ireland perpetuates a broader denial that race is central to Irish social relations, and uses the example of the Direct Provision scheme to assert that Ireland follows a regime of race despite the Irish people’s own colonised and racialised past – or perhaps because of it.

Empires and Socialisms in Irish History and Future

Irish socialists have always had a complex relationship with the idea of empire. Within the British Imperial system, Irish people were, at different times and places, either the colonisers or the colonised. Attitudes to empire are always intertwined with questions and conflicts over national identity: in some eyes, modern conflict in Northern Ireland is viewed as an anti-colonial struggle, while others see the contemporary Republic as a postcolonial or neocolonial entity. This talk attempts a broad, and admittedly opinionated, survey of these historical debates and their legacies for the political present and future.

Stephen Howe is a Senior Research Fellow in History, University of Bristol and a Senior Research Associate at Nuffield College, Oxford University. His books include Anticolonialism in British Politics: The Left and the End of Empire 1918–1964 (1993); Afrocentrism: Mythical Pasts and Imagined Homes (1998); Ireland and Empire: Colonial Legacies in Irish History and Culture (2000); and Empire: A Very Short Introduction (2002).

The Living Commons: Reconfiguring the Social for Unknown Futures

The Living Commons is a holistic, social and ecological living, working and learning scheme in Cork city with a focus on aiding the economic and culturally disadvantaged. It is informed by Murray Bookchin’s concept of communalism/libertarian municipalism; Cornelius Castoriadis’s ‘project of autonomy’ as an alternative ‘social imaginary’; and Silvia Federici’s challenges to the patriarchy. This talk explores the project’s conceptual framework, past and current developments, and objectives around social change.

Eve Olney is an artist, activist, educator and researcher.