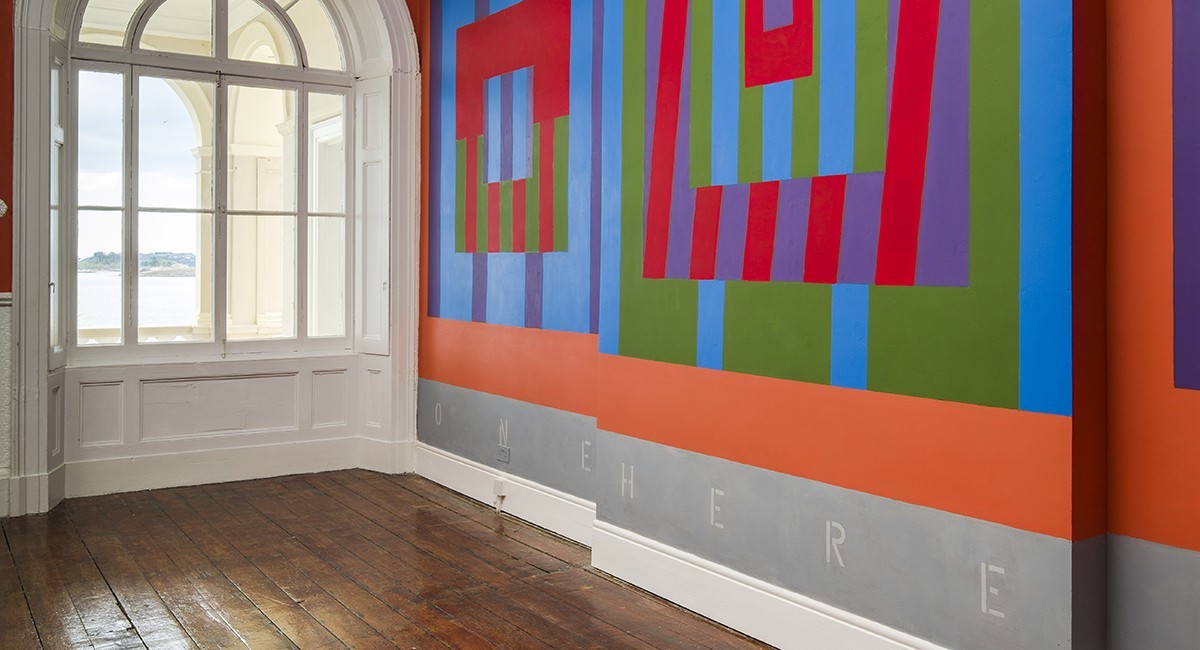 In the light-filled Centre Gallery of Sirius Arts Centre in Cobh, County Cork, behind layers of liner paper and white emulsion, lay, until recently, a very well-kept secret. One, Here, Now is a nine-part series of spectacular floor-to-ceiling wall paintings by the New York–based Irish artist Brian O’Doherty (formerly Patrick Ireland), which were made in 1995/96 and subsequently covered over for the following twenty-two years. Led by Sirius Arts Centre Director Miranda Driscoll, an ambitious project was launched to celebrate the temporary restoration of the murals in 2018 by conservator Don Knox: a year-long series of new partnerships, commissioned artworks, compositions, performances, and talks to honour, re-interrogate, and, most importantly, preserve these important works for future generations.

The book will be launched by Frances Morris, Director of Tate Modern.