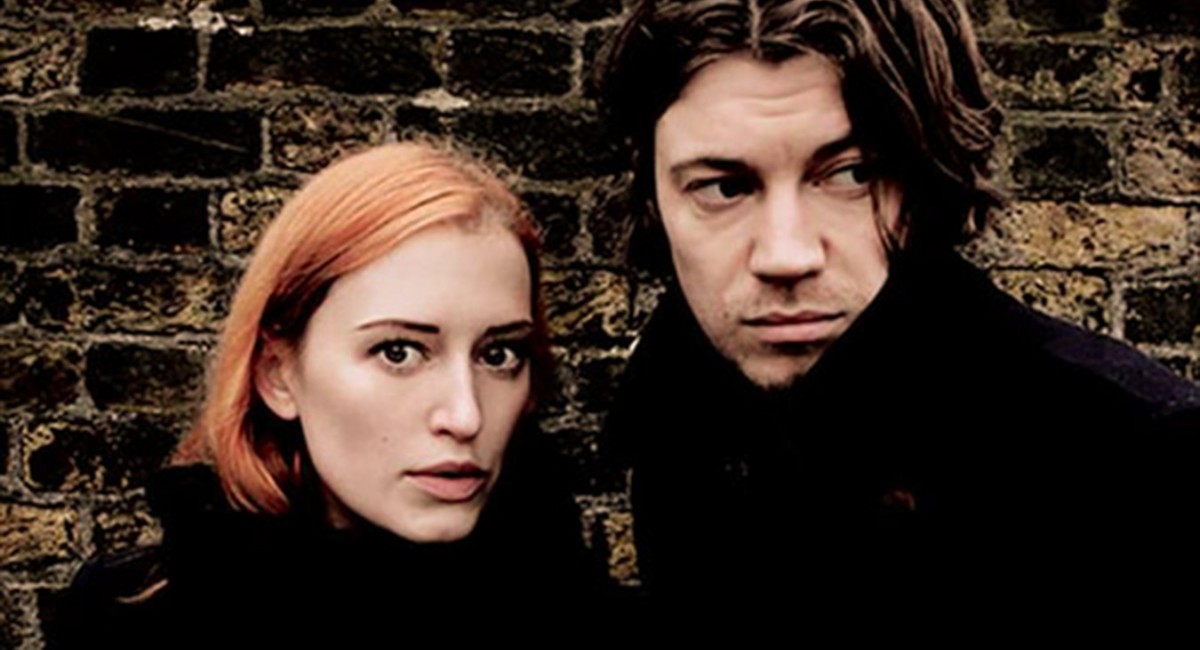 James, a teenage prodigy with a fascination for early rock ‘n’ roll and roots Americana, is now one of the hottest rock guitarists in Britain. Cult singer-songwriter Peter Bruntnell took him to the US to make an album and James went on to play as a member of such Americana icons as Son Volt and The Pernice Brothers and record with the legendary Jerry Lee Lewis. Back in the UK, he has played with Ray Davies, become part of the touring line up for The Pogues and joined The Pretenders as lead guitarist in 2008. In 2011, he made his first solo album, The Hill, for Heavenly Records.

Kami is the youngest daughter of Richard and Linda Thompson, the first couple of Seventies folk rock. She has been a backing singer with Linda, performed with members of the Wainwright family, toured with Sean Lennon and Bonnie Prince Billy and released her own solo album, Love Lies, on Warner Music in 2011.

‘Fair Warning’, their debut album, was produced by The Rails with Edwyn Collins and Sebastian Lewsley at West Heath studio, in North London. “They usually do more punky stuff there, so this was a bit different,” notes James. “It’s all analogue, old mics, the sound that comes out of that studio is really direct.” Cody Dickinson (Mississippi Allstars) was recruited to play drums, the great Danny Williams (Black Grape) played bass, Eliza Carthy added fiddle to a couple of tracks but mostly it was James and Kami. Most of the songs on ‘Fair Warning’ are Walbourne / Thompson originals but the process started with visits to Cecil House, as so many artists have done before, to seek out lost treasures from the world famous folk archive. “We picked songs that we felt could have been written right now,” explains Kami. “‘Bonnie Portmore’ taps into our sense of endangered nature and fears about the planet. And ‘William Taylor’ is the ultimate bitch revenge fantasy for every guy you’ve had a shit time from. Those old murder ballads are my favourite songs ever, they give you permission to say something you’re not allowed to say in real life: I’d really like to kill you for fucking someone else.”

“Kami is a fine, versatile singer with a style that at times echoes that of her mother, while Walbourne is an impressive guitarist who has played with Ray Davies and the Pogues. They are joined by Eliza Carthy on fiddle for a set that includes fine vocal duets on a gently exquisite 17th-century lament about the destruction of forests, a weepie country waltz and an upbeat folk-rocker about running from the police. A duo to watch.” - The Guardian

“Steeped in timeless U.K. folk and rock traditions, London duo the Rails deliver a debut LP full of warmth and grace...Bearing the weight of their combined musical heritage, the two singers have come out of the gate with a modern gem on their finely crafted album Fair Warning.” - All Music

Cormac O’Caoimh is a singer-songwriter and classical guitarist from Cork; his intimate vocals and exquisite guitar playing attracting the attention of musicians and music lovers alike including Tom Robinson (BBC), Ron Sexsmith, Fiachra O’Braonain and Mark Geary, to name a few. Cormac released his third solo album “THE MOON LOSES ITS MEMORY” in 2014 – it received excellent reviews in Ireland, the UK and Europe. The album is a very unique audio visual collaboration between songwriter Cormac and photographer William Crowley who chose fourteen of his wonderful images that he personally related to each song. On the back of this release Cormac has received endorsement deals with Godin guitars, Schertler acoustic amps and Logjam stompers.

“Acoustic gems from the Cork singer-songwriter. Each song superglues to the memory” (4*)  MOJO