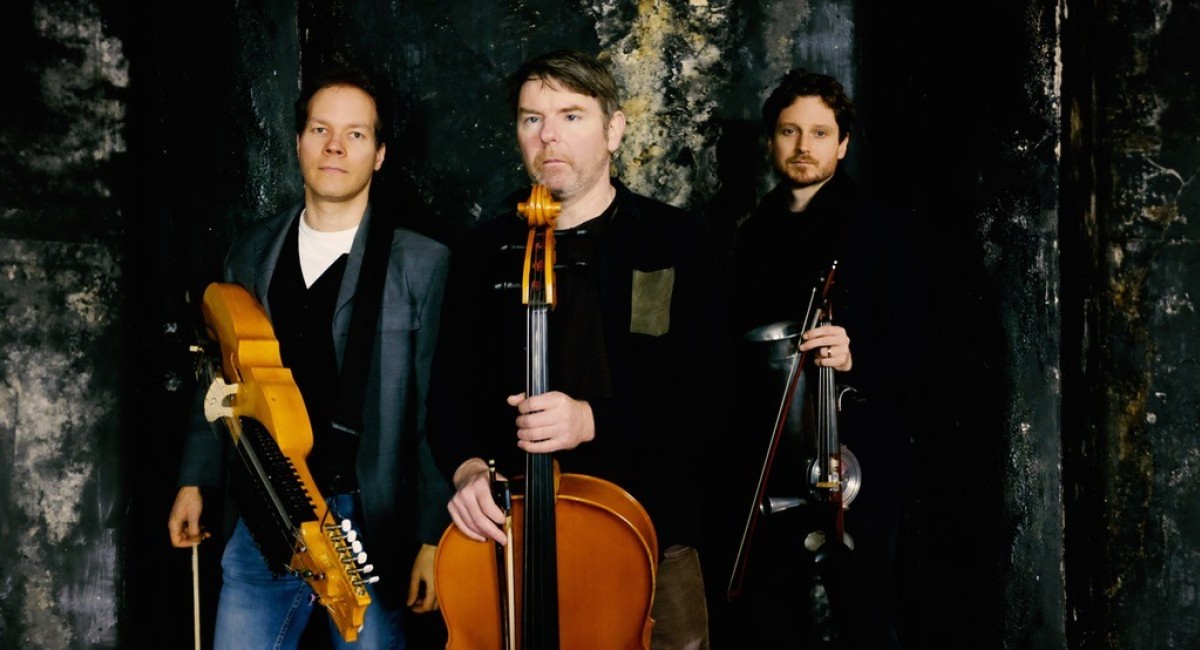 Slow Moving Clouds are a unique contemporary acoustic band based in Dublin, Ireland. They combine roots in Nordic and Irish traditional music with minimalist and experimental influences to create a sound unlike anything you’ve heard before. On their 2015 debut album Os, Slow Moving Clouds blend traditional and contemporary melodies, evocative Nordic vocals, and layered string soundscapes of cello, violin and nyckelharpa. The lush and darkly atmospheric results have drawn comparisons to Icelandic minimalist pop legends Sigur Ros and Irish traditional supergroup The Gloaming. Os has been hailed in the press as ‘rich, intriguing and accomplished’ Jim Carroll (The Irish Times); and ‘intriguing folk/trad of the highest order’ Tony Clayton-Lea (The Irish Times / Cara).

Aki (nyckelharpa, vocals), a Dublin-based Finnish musician and artist who works in media ranging from film to visual art to music production and performance.

Danny Diamond (fiddle, strohviol) an Irish fiddle player who combines deep roots in the Irish tradition with an open mind for other influences.

Jonathan Pearson
Cork based musician Jonathan Pearson works with electronics and piano and will perform a set of solo piano works on the upright piano at Sirius Arts Centre. Jonathan is primarily an arts manager based in Cork and Dublin, but has frequently performed concerts on piano, electronics and percussion over the last number of years. Having toured extensively throughout the UK and Ireland with various bands, Jonathan studied Music & Technology in CIT and earned a masters in arts which featured a 20 minute composition for piano and electronics. Jonathan's work has been featured on television, film and documentaries, and his most recent recordings are on the Preserved Sound label based in Poland and the UK.

Tapas Night
The doors will be open from 6pm for Tapas Night. Following the success of the first Tapas Night in the new East Gallery Project Room, Sirius Arts Centre will run a social night for the community with Spanish inspired finger food on Saturday 10 December from 6 to 8pm. Food will be once again provided by Comida. Tapas, taster plates and refreshments will be available for a suggested donation. All donations will go towards the upkeep of the new space. Pop by after work, at the end of the day, or before the gig, all welcome! 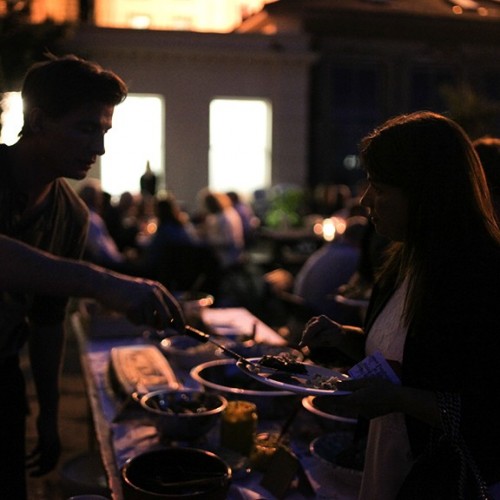