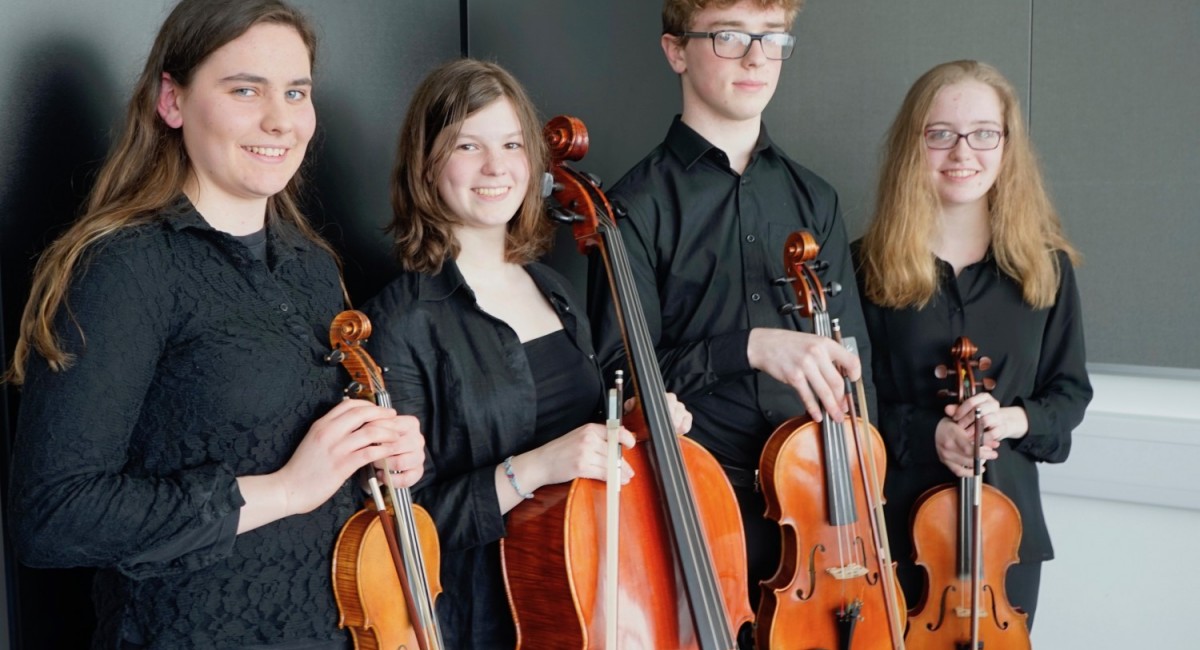 The Presto Quartet was formed in 2012 at the CIT Cork School of Music and have had the privilege of being coached by Adrian Petcu, Christopher Marwood and Cian O’Duill.

Following a recommendation from the Carducci Quartet, who coached them as part of ConCorda 2016, they were accepted to the Wigmore Learning National Young String Quartet Weekend 2017 at Chetham's School in Manchester in February 2017.  They also attended ConCorda Summer course in August 2017, where they engaged in varied chamber ensembles as well as in improvisation performance combining performance and theatre.

The Presto Quartet is committed to developing new skills, including performing contemporary music, and is delighted to be working with composer Ian Wilson.