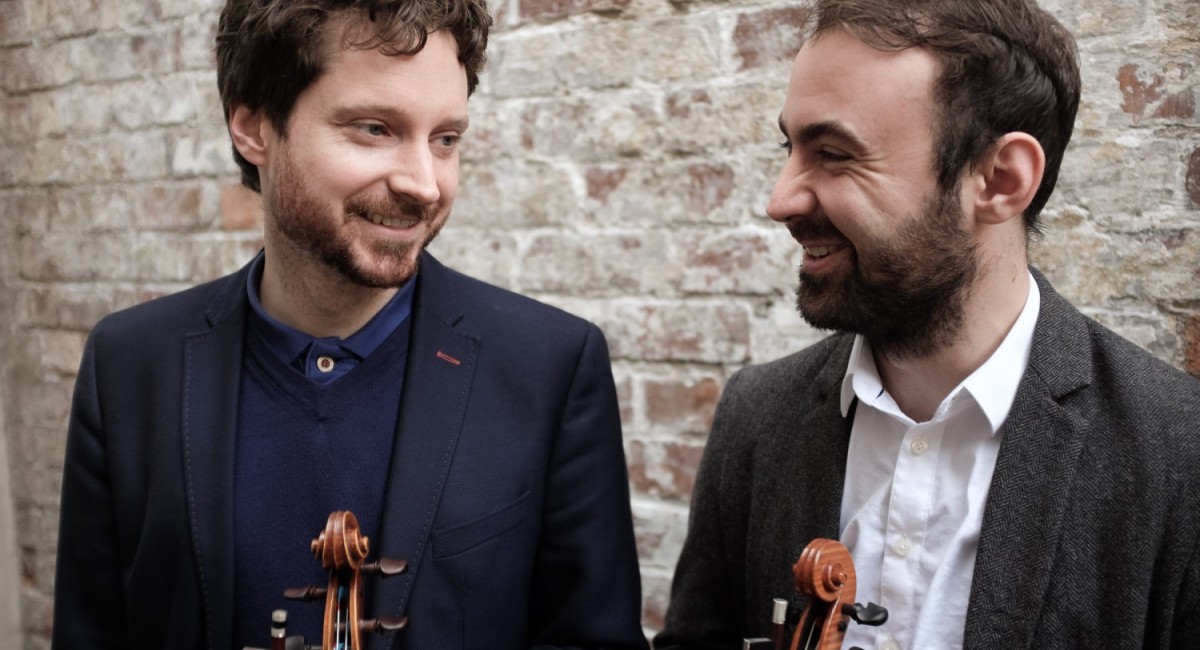 NORTH is an ongoing collaboration between Belfast-born fiddle players Danny Diamond & Conor Caldwell, exploring and re-creating their shared heritage of northern music and song. Their debut duo album, NORTH  (2016) was released to critical and popular acclaim, and nominated for Traditional Album of The Year in The Irish Times. Work is currently underway on a second recording with a new expanded line-up, for a summer 2019 release.

Danny Diamond is one of the leading Irish traditional musicians of his generation. Through his work as a performer, composer, archivist and sound engineer, Danny has contributed on multiple fronts to the revitalisation and reimagining of Irish music and song. He currently combines international touring with Teac Damsa's multi award-winning dance theatre show Swan Lake /Loch na hEala along with a range of collaborations and solo projects, notably the fiddle duo NORTH. His past projects include the acclaimed Irish traditional band Mórga (2008-2017), with whom he recorded two albums and toured extensively; and the experimental Irish/Nordic trio Slow Moving Clouds (2014-2018), with whom he released two albums and created the score for Teac Damsa's Swan Lake / Loch na hEala.

Conor Caldwell is a traditional fiddler and composer from Belfast. His music takes a contemporary approach whilst remaining reflective of his roots in the Donegal and Northern fiddle tradition. Exploring the capabilities of the fiddle and through the use of electronics he creates music that is spacious with harmonies and accompaniment sympathetic to the old and original tunes he plays.  Conor has taught traditional music at Queen’s since 2011, where he also worked as a Research Fellow on The Irish Song Project. He has also toured as a member of Craobh Rua since 2009, performing across Europe and the USA.