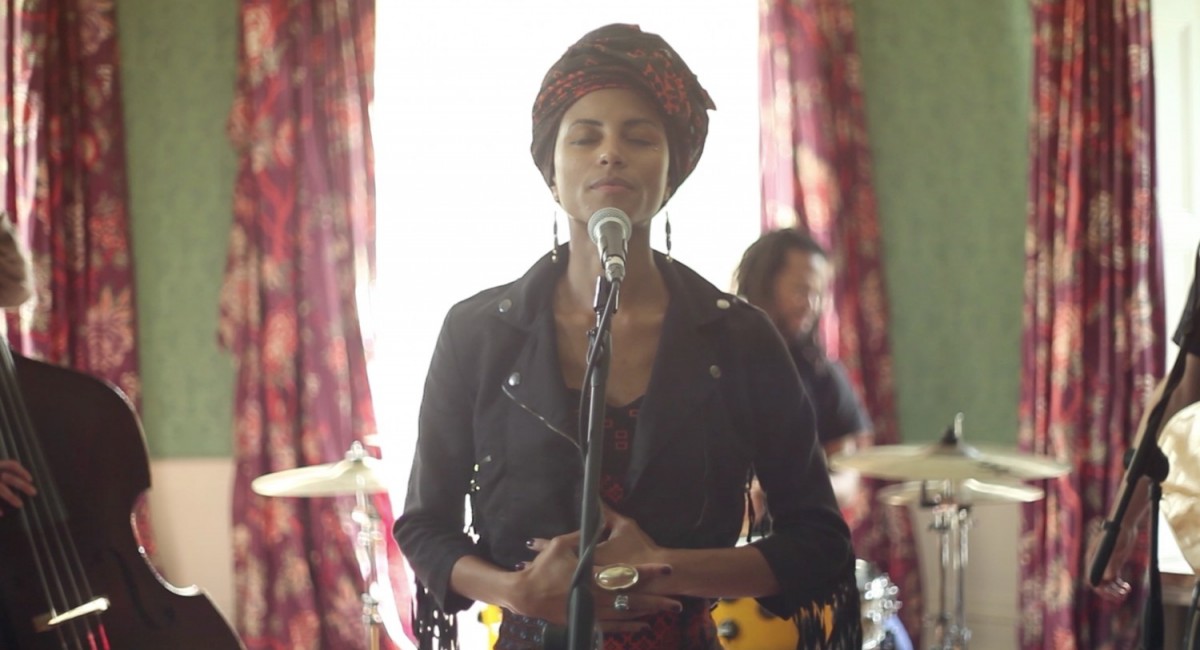 Loah is Sallay Matu Garnett, a singer songwriter of Sierra Leonean / Irish origin, having grown up in the classical combination of Maynooth and West Africa.

While there, instead of a TV all she had was a piano to keep herself entertained, which combined with a solid classical training on violin and voice resulted in a uniquely talented musician from a very early age. While at Trinity College, she collaborated with future members of the likes of Little Green Cars, Slow Skies, and I Have A Tribe, as well as singing with Kíla, Niwel Tsumbu and Trinity Orchestra’s early pop endeavours. She also contributed to Hozier’s platinum selling debut album, co-writing the song “Someone New”.

She’s now embarking on an ambitious solo career, combining her unique blend of folk and soul which she calls “ArtSoul”. In what was a phenomenal first year in action, in 2014 she released two stunning songs/videos (“The Bailey” and “Cortege”), performed at Electric Picnic, the Dublin Fringe Festival, and Body&Soul’s Shapeshifters Ball amongst others, capping it off with a phenomenal sold out debut headline concert in The Twisted Pepper in November and an appearance as soloist with the RTÉ Concert Orchestra in December.

2015 has seen her headline State Magazine and GoldenBeck’s showcase gigs, perform at Feile Na Bealtaine, Africa Day and InspireFest, and present 2 unique “Art//Soul” headline shows in The Fumbally Stables and Bello Bar. Meanwhile she’s finalising material for her debut EP which will be released in early 2016 along with an Irish and European tour.

Expect big things, but even more so expect the unexpected.

“Hot Press is delighted to make the acquaintance of Loah… Exuding a very exotic cool, we have a bit of a star on our hands.” – Stuart Clarke, Hot Press

“This performance from Loah is absolutely STUNNING.” – Nialler9

“A sophisticated, intelligent and completely intoxicating offering from Loah. This is an effortless marriage of soul, jazz and classical music.” – Goldenplec

“This music might have you thinking you’ve discovered an entirely new and wonderful genre.” – LeCool

“We are confident that ‘Cortége’ is one of the most stunning tracks you’ll hear all year” – State.ie