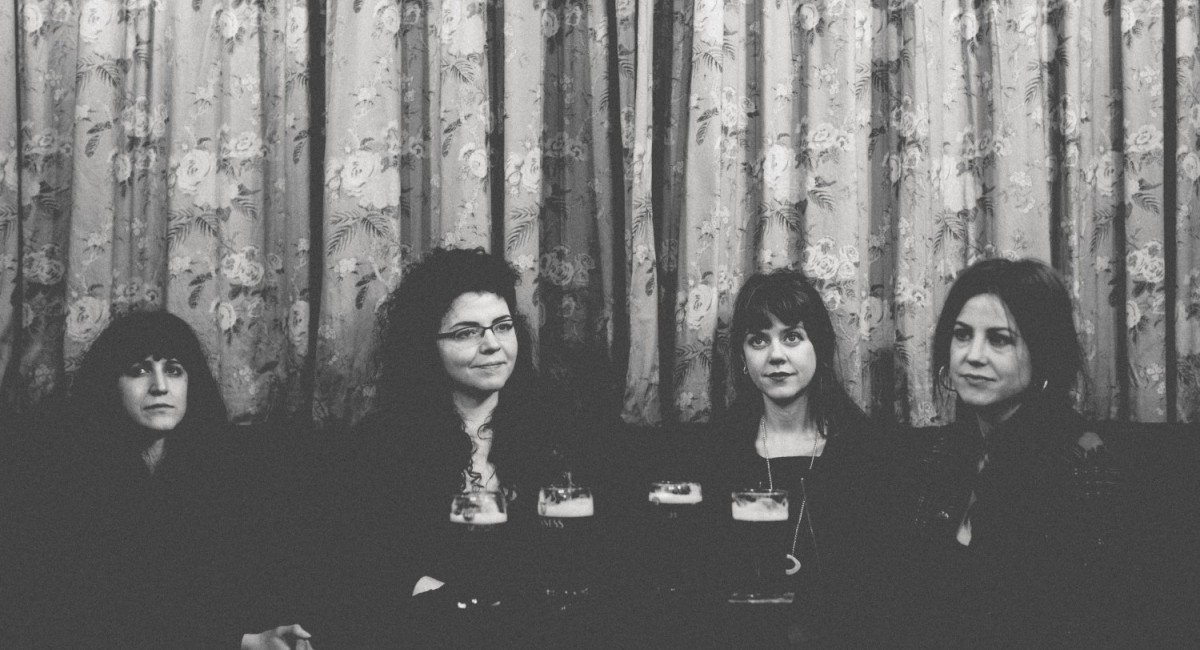 Landless are a traditional Irish vocal group from Dublin and Belfast who sing unaccompanied traditional songs from Ireland, Scotland, England and America in four-part harmony. A glorious live act to behold, their repertoire features songs of love, death and lamentation, as well as work songs, shape-note hymns and more recently penned folk songs. They have been spellbinding audiences around Ireland, the UK and Europe since 2013 and are set to formally announce their arrival with the release of their deeply impressive debut album Bleaching Bones.

Recorded by John ‘Spud’ Murphy (Lankum/Katie Kim) of Guerrilla Studios across a series of reverb-heavy historic churches across Ireland (and the occasional underground tunnel), Bleaching Bones is an immaculately performed and deeply moving record. With only the natural room sound as accompaniment, Landless, with the help of producer/engineer/mixer Murphy, have created a timeless folk classic that will appeal equally to fans of early 4AD records as it will to lovers of folk and traditional music. In addition to older works, Bleaching Bones also includes more recent songs by Liam Weldon and Peggy Seeger’s  The Ballad Of Springhill.

The last five years have witnessed a new & potent wave of young Irish folk artists releasing some of the most arresting and meticulously crafted albums released on this island for many a year. With the imminent release of their debut album Bleaching Bones, on new Irish label Humble Serpent, Landless are ready to join the likes of Lisa O’Neill, Lankum, Brigid Mae Power, Daoiri Farrell & many more at the vanguard of a new generation of musicians leaving their indelible mark on an already rich and bountiful Irish folk music landscape.

"Evocative, celestial, ethereal and, above all, extremely resonant, Landless will be ready to provide a warm embrace and whisk us to windswept, remote, rural Ireland and away from whatever the murky future challenges us with" - The Thin Air, 2018 Preview

“..when Landless step onstage and open their mouths, the hush in the room is louder than any amplifier hum” - The Irish Times, Live Review

Saint Caoilian
Playing guitar and writing songs since the age of fifteen, well-worn through years in rock and roll bands Caoilian Sherlock has very recently begun playing solo shows that reflect a folkier and sparser terrain. Backed with an electric guitar, a sense of entitlement and an overly sentimental view of almost everything - his music reflects a part of his record collection that hosts Paul Simon, John Prine and more recent luminaries like Bill Ryder Jones and Angel Olsen.