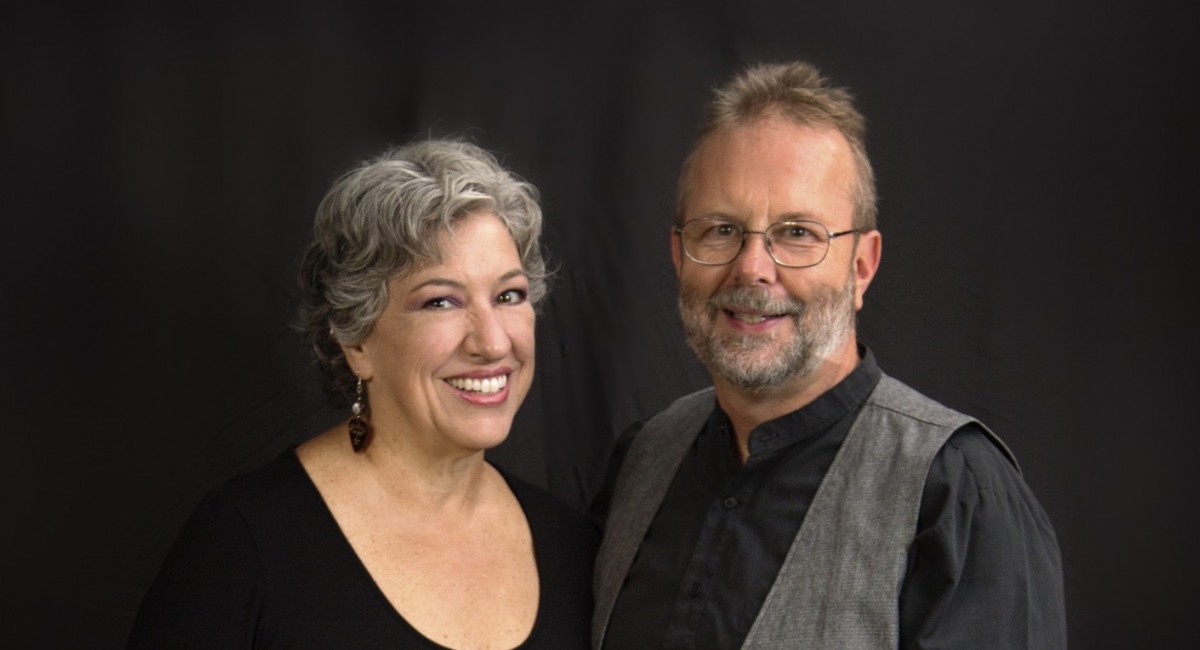 Kay and Patrick Crouch are an acoustic duet. They are dedicated to performing a variety of musical styles in an acoustic setting. Their eclectic repertoire includes modern folk songs by American, Canadian, and Irish songwriters, the fiery breakdowns and songs of family and home found in both traditional and contemporary bluegrass settings, and centuries-old Celtic airs and dance tunes. All of this is peppered with a healthy dose of popular jazz standards, swing and western swing music, and a few classic country tunes thrown in.

Kay Crouch performs on the guitar, flute, piano, and tin whistle. Kay has a widely varied musi-cal background that includes symphonic and solo percussion work and musical theatre as well as county and bluegrass music. She played country music in the Long Time Gone Band and Country Images Band. She has performed in Strictly Clean and Decent since 1991. Her solid rhythm playing and interpretive vocals are an integral part of the duet.

Patrick Crouch handles the mandolin, banjo, dobro, fiddle, and guitar for the duet. Patrick has been performing acoustic music since 1977 when he founded New River Reign, a staple at Blowing Rock’s P.B. Scott’s Music Hall. He turned to country music with Long Time Gone and, with Ron Shuffler and Reggie Harris, created Strictly Clean and Decent in 1989.

In 2000, Kay, Patrick, and Strictly Clean and Decent proposed a project to record one hundred Caldwell County traditional musicians over a ten-year period. The ten CDs, funded by grants through the Grassroots Arts program of the North Carolina Arts Council, feature over one hun-dred twenty five musicians, completed with the trio providing instrumental and vocal backing for all artists. Additionally, the trio has three CDs: Boomer Breakdown, Crazy Quilt, and How High the Moon. All recordings may be purchased through the Strictly Clean and Decent website www.strictlycleananddecent.com or the Caldwell Arts Council.

Kay and Patrick Crouch, along with songwriter Kevin Leftwich and mother- daughter duo Donna Minton and Jessica Jewell will perform original and traditional music from the Blue Ridge Moun-tains of North Carolina.

“what really sets this duo apart is the bluegrass/swing/pop/country influence of the musicians whose talents take them to virtually every style of music ever conceived!” The Hickory News

“the music is quite lively and, while there are many intense selections, the duo maintains a jovi-al rapport with the audience.” The Morganton News-Herald