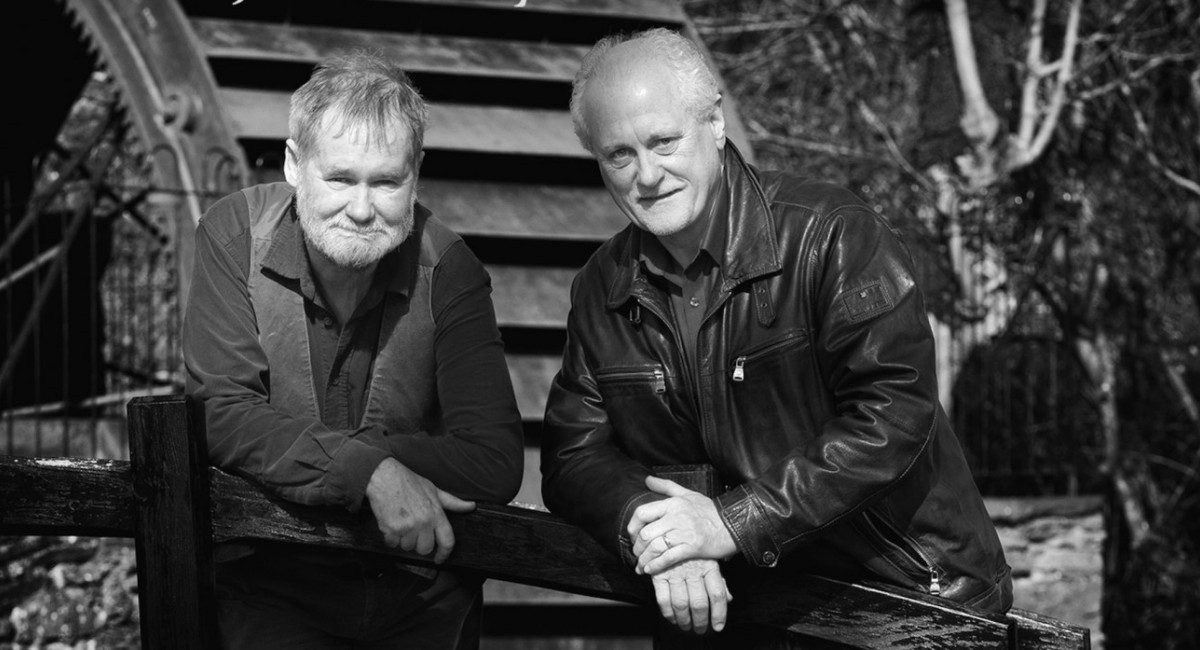 Jackie Daly and Matt Cranitch are acknowledged masters of the rich musical tradition of Sliabh Luachra in the southwest of Ireland. This culturally unique area on the Cork / Kerry border is renowned for its distinctive style of playing, special repertoire, and as a source of inspiration for both Jackie and Matt. Their new album, Rolling On, draws upon this rich legacy. As Dan Neely said in the NY Irish Echo, “Separately, they are brilliant to hear but together they are sublime.”

Jackie Daly (accordion) The words ‘Button Accordion’ and ‘Jackie Daly’ are synonymous in the world of Irish traditional music. Described in the New York Times as “probably the best accordionist in Ireland”, Jackie was born in Kanturk, Co. Cork, where he grew up surrounded by the rich music tradition of Sliabh Luachra. One of the greatest influences on his early musical development was Ballydesmond fiddle-player, Jim O’Keeffe, a pupil of the famous Sliabh Luachra fiddle-master, Pádraig O’Keeffe. Over the years, Jackie’s lifelong affinity with fiddle- music has resulted in highly-acclaimed albums featuring fiddle and accordion – with the late Cork-based musician Séamus Creagh, with Kevin Burke, and now with Matt Cranitch. Jackie was a central figure in some of the most dominant groups playing Irish music in recent times. His performances with bands such as De Danann, Patrick Street, Buttons and Bows, Arcady, Reel Union and Kinvara all attest to his wonderful music and versatility. However, it is the style and repertoire of the Sliabh Luachra tradition that has made the most significant impression on his accordion-playing, a fact well exemplified by his performances and recordings. He has toured extensively throughout the world, and has also presented workshops and classes. In 2005, he received the TG4 Gradam Ceoil (National Music Award), and, in 2009, the Kanturk Arts Festival Award.

Matt Cranitch (fiddle) Matt Cranitch is renowned as a fiddle-player and teacher, both at home in Ireland and abroad. He has performed extensively at concerts and festivals, on radio and television, and has presented lectures, master-classes and workshops on various aspects of Irish music. He has won All-Ireland Fleadh Cheoil titles, as well as The Fiddler of Dooney and Oireachtas Crotty Cup. Author of The Irish Fiddle Book, first published in 1988 and now in its fourth edition, he has also contributed to other books on Irish traditional music. He has made various albums, including those with Na Filí, Any Old Time and Sliabh Notes, in addition to Éistigh Seal which consists entirely of slow airs. With Jackie Daly, he has recorded The Living Stream and most recently Rolling On. He is an authority on the music of Sliabh Luachra, and received a PhD from the University of Limerick for his study on the fiddle- playing tradition of this region. A long-time consultant for the Geantraí series on TG4, he is a former advisor to the Irish Arts Council scheme for the traditional arts, and has served on the board of the Irish Traditional Music Archive. In 2003, he received the Hall of Fame Award from University College Cork where he has taught courses in Irish traditional music.