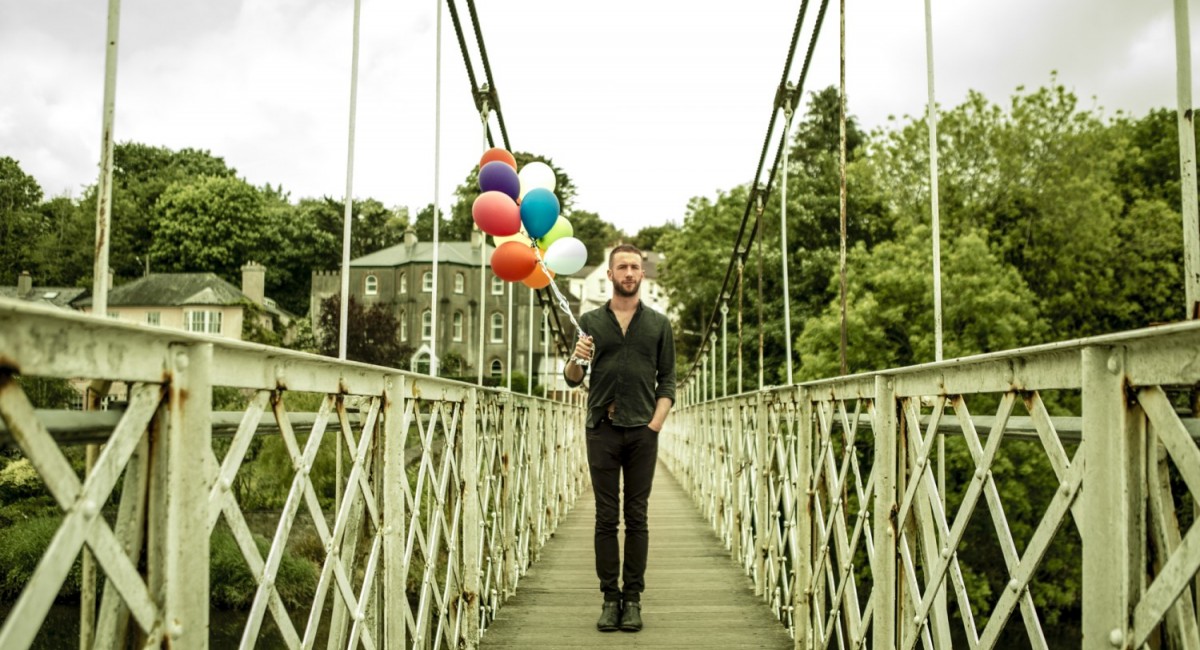 The lone figure of Jack O’Rourke hunched over piano keys and moody synths,  is one that Irish gig goers are becoming more accustomed to seeing. Whether performing his startlingly honest ballads solo or driving Spectorish rock with his band, Jack's plaintive baritone, ethereal falsetto and piano are core. His songs speak of the human conditional with poetic flair - ( "a nifty lyricist", Tony Clayton Lea ), melodic flair and inventive arrangements. Flattering comparisons have been made to Bowie, Kate Bush, John Grant, Emmylou Harris and The National in his eclectic style - yet Jack has carved his own musical landscape and songwriting voice., more distinctive, with each release.

During 2015, Jack O’Rourke established himself as one of the most prolific Irish songwriters and powerful live performers in the last few years. He performed his moving composition "Silence" (the anthem chosen for the Yes Equality Referendum) on The Late Late Show live, His songs "Shining for You" and "Silence" became radio hits, building a consistent and musically adventurous profile. He toured with The Staves, Sinead O'Connor and Declan O'Rourke. "Silence" featured on the BBC Radio 4 documentary series, "The Irish Songbook", presented by Cerys Matthews.

Throughout 2016, Jack's singles - the alternative folk tune, "I'll forget you in the Morning" (Nialler 9 complimenting "the commanding voice and orchestral flourishes" and the Bowiesque "Dreamcatcher" with funky Stax soul rhythms were radio favourites, playlisted on RTE Radio 1 and Red FM and other National and regional stations.  Jack took the coveted 1st place in the lyrics category of the International Songwriting Competition of r"Silence", which was judged by Bill Withers and Tom Waits among many others.

2016 saw many highlights for Jack including selling out his debut Dublin performance at Whelans, performing ‘Galileo’ with Declan O’Rourke at Live At St. Lukes and performing on the Frank and Walters new album alongside Cillian Murphy. Jack also played live at Dublin's Bloom Festival. Ever pushing for more, Jack played main stage with his band at Indiependence and finished the Summer with an intimate performance at The Hazel Woods Stage at Electric Picnic, sharing billing with Cathy Davey.

All these accolades and strings to his bow were building up to the release of his debut album. ‘Dreamcatcher’ (the album) was released on September 23rd, entering the Irish Album charts at number 19 (independently released). Promoted with features on RTE's Today with Séan O'Rourke, Pantisocracy, The Paul McCloone Show and Arena with Seán Rocks, as well as interviews with Ed Power, Don O'Mahony & Michael Carr in The Examiner, The Times and The Echo and features on The Neil Prendeville Show and Green on Red on RedFm, in it's third week of release, "Dreamcatcher" climbed to number 5, just below Drake and Bon Iver!  "Dreamcatcher" features edgy baroque pop, plaintive ballads, noir blues and startingly honest reflections on the world around him. Reviews were stellar.

The first single from the album, "On the Downlow" was playlisted by RTE Radio 1 and played on heavy rotation on Today FM, Classic Hits 4FM and Regional Stations throughout the country. The album was  officially launched in the iconic Everyman Theatre in Cork on October 15th with a nationwide tour following. Jack played the album in a mesmerizing live set with his band to a sold out Everyman Theatre and Whelans, as well as Dolans in Limerick and the Duncairn Arts Centre in Belfast.

Jack capped off 2016 with a blistering performance at "Other Voices", paying tribute to the recently departed Leonard Cohen with Glen Hansard and Hattie Webb (Cohen's collaborator) which was filmed for the series. He joined Mundy, John Sheehan and Lisa Lambe live on RTE 1's New Year's Eve televised celebration, ringing in the New Year with his contemporary interpretations of "Down by the Glenside" and "Song for Ireland."

In 2017 Jack continued to promote his debut album, with more singles to be released, as well as collaborations with electronic duo, FreezerRoom.  Writing has begun for his follow-up album.