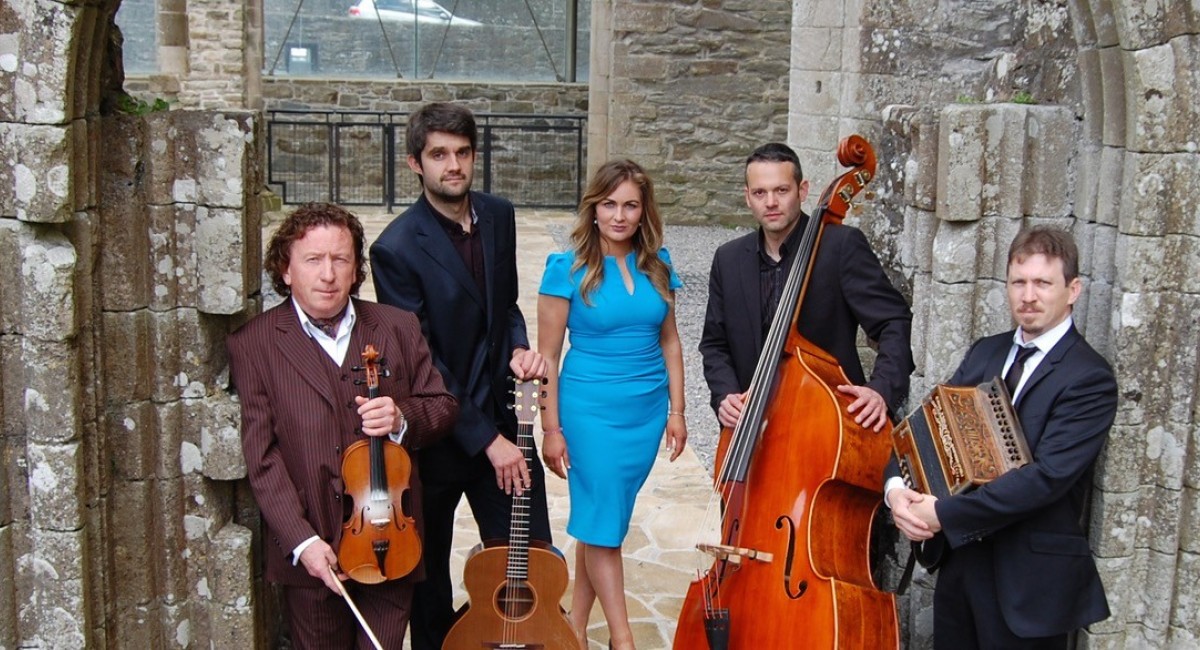 Frankie Gavin, who is listed in the Guinness Book of Records as the world’s fastest fiddle player, has collaborated with, among others, Sir Yehudi Menuhin and Stephane Grappelli as well as Elvis Costello and The Rolling Stones. In 2009, Frankie Gavin decided to revive the band name De Dannan and formed the band Frankie Gavin and De Dannan.

The current line-up consists of Frankie Gavin on fiddle, viola, flute and whistle, Barry Brady on button accordion, Dan Bodwell on double bass, Colm O'Caoimh on guitar, and vocalist Bernadine Casserly. The band’s repertoire includes their trademark sets of lively, sometimes furious jigs and reels –– but their choice of material, arrangements and playing style combine to set traditional Irish music in a wider musical and cultural context. This 21st century line-up infuses the band’s inherited music with a bewildering range of influences – from gypsy jazz to contemporary pop music, and from mainstream European classical music, to sentimental Irish-American ballads. The band’s latest recordings, the CD Jigs and Jazz II and their recent single which pairs Handel’s The Queen Of Sheba with Paul Mc Cartney’s Calico Skies, illustrate perfectly the fusion of sounds and influences that now characterise their music.

Frankie Gavin and De Dannan lead audiences into exciting sometimes unknown territory. By any standard, this is a remarkable achievement, made possible by Gavin’s vision of where Irish music can and should go and by the commitment and musical skill of the members of his band.