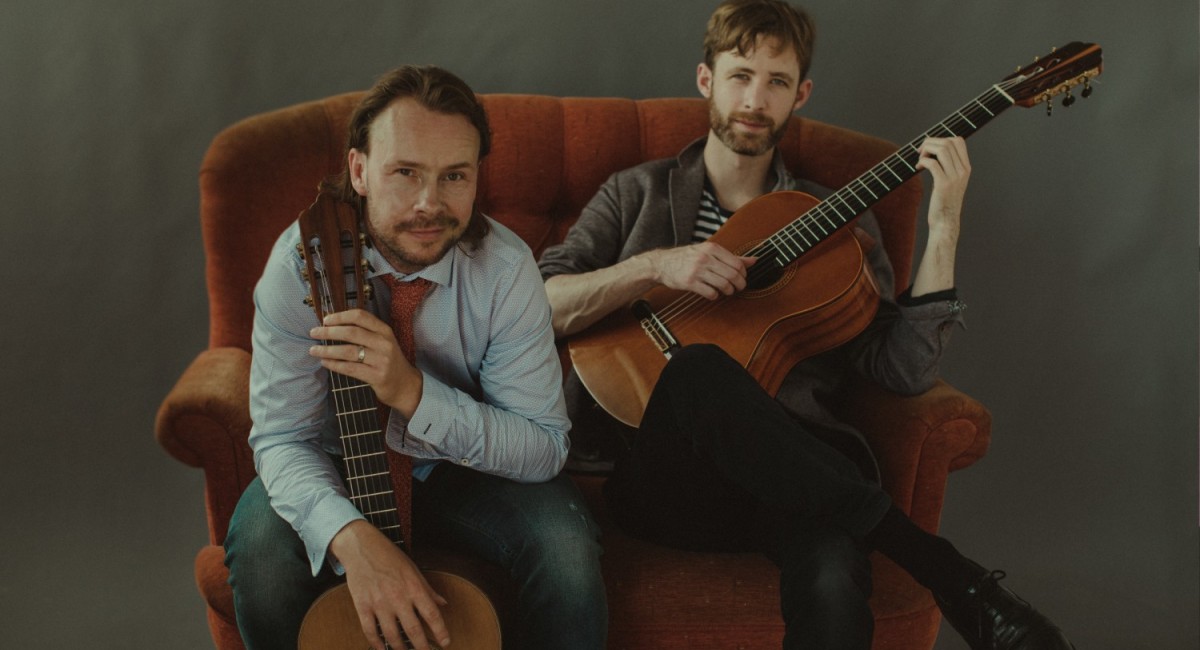 Sirius Suppers combine an evening of food and music, with evening meal provided by foodies Comida, followed by new music from the best of Ireland’s emerging acts. A sociable and affordable evening offering opportunities to hear new music and try out local fare, at Sirius Arts Centre.

Fandango Duo exist to bring lively, fun, energetic, and soulful music to the concert platform. Whether it be the relentlessly rhythmic tangos of Astor Piazzolla, the fiery Spanish dances of de Falla, or the fascinating chord combinations and pop sensibilities of the Beatles, Fandango Duo aim to make every live performance a memorable event.

David Keating is a graduate of the Royal Northern College of Music, Manchester and has won many music prizes in Ireland including the John Vallery Memorial Prize in the Irish Freemasons Young Musician of the Year Competition, the CSM Senior Recital Competition and the Feis Ceoil Cup and Gold Medal for Classical Guitar Performance. David performs extensively around Ireland and the UK, both as a soloist and a chamber musician, including Concertos with the London based Angel Orchestra, a performance of Rodrigo’s iconic Concierto de Aranjuez, with Wilmslow Symphony Orchestra, and solo recitals for Cromer Music Evenings and Adur Arts Forum. He recently performed Rodrigo’s guitar concerto with Sheffield Symphony Orchestra and was featured as a soloist with Lancashire Chamber Orchestra in November 2017. David currently plays with the Irish Guitar Quartet, Fandango Guitar Duo, and recently toured with the Irish Tenor Finbar Wright. David plays a Greg Smallman guitar and gratefully acknowledges support from Music Network Ireland.

Colin McLean is one of Ireland’s leading Classical guitarists. He has studied with some of the most prestigious teachers including Jerry Creedon, Fabio Zanon and Tilman Hoppstock. Some of his achievements include winning Feis Matthew two years running for solo Classical Guitar and being the first ever guitarist to win the Senior Recital in the Cork School of Music. He has an Honors Degree and an Honors Masters from the Cork School of Music. Recently Colin has formed the “Colin McLean Latin Trio” play a mix of South American/Spanish guitar music which is influenced by some of the great names in the business including Rodrigo y Gabriella, Oscar Lopez and Luis Villegas.