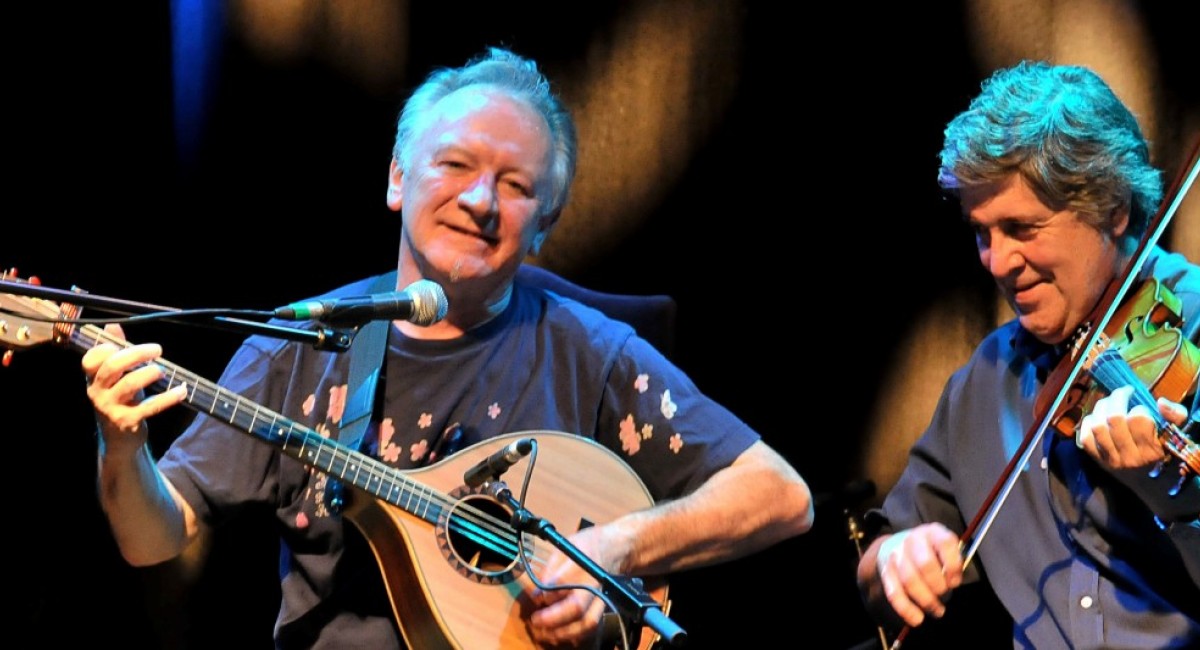 Dónal Lunny is popularly regarded as having being central to the renaissance of Irish Music over the last three decades.
Since the seventies Dónal has had involvement with some of the most innovative bands to emerge from Ireland including Planxty, the Bothy Band, Moving Hearts, Coolfin, and more recently Mozaik. He has toured across the world, collaborating with musicians of many different cultures.

Dónal co-founded Mulligan Records and produced 17 albums for the label. Since then he has produced tracks for, and collaborated on albums with Kate Bush, Mark Knopfler, Indigo Girls, Clannad, and Baaba Maal among others. He produced the internationally acclaimed album for EMI, ‘Common Ground’, featuring such artists as Bono, Neil and Tim Finn, and Elvis Costello.

Paddy Glackin, also a founding member of Bothy Band, is regarded as one of Ireland’s leading traditional fiddle players. A Dublin man proud of his strong links to County Donegal. His father, Tom Glackin was a notable fiddle player and instilled in Paddy a deep interest and love of the music of his native county-Donegal.