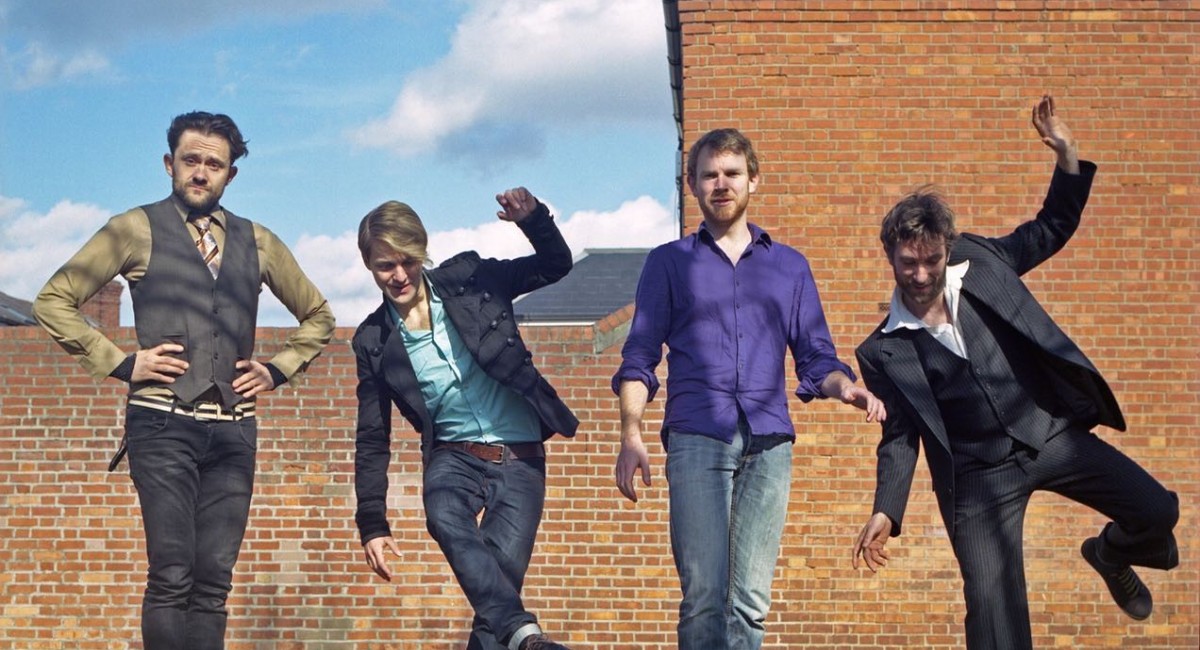 Culture Night: This Is How We Fly

"Even if you're not an Irish-music nut, there's a good chance you'll be charmed and even dazzled by this jazz-tinged stylishly modernized quartet of fiddle, clarinet, drums and, best of all, percussive dance." - Time Out, New York

TIHWF brings together four musicians, each of them rooted in different cultures and musical vocabularies. Individually, each member has carved out a reputation for not just mastering their chosen fields, but rising above, redefining and renewing the musical world they come from. A sublime Irish fiddler who’s not afraid to step outside convention, a sophisticated Appalachian hard shoe dancer stepping into the rhythmic foreground, a thoughtful Dublin jazzman who has moved beyond the linear constraints of the genre, and a lyrical Swedish percussionist redefining the melodic and sonic place of drums within the contours of traditional song.

Their collective pedigree is eye catching, and includes bands like The Gloaming, The Chieftains, Darol Anger and Gjallarhorn, along with interdisciplinary work in theatre, dance and contemporary music. Their centred, inquisitive approach to finding a collective voice is now yielding a rich bounty of ideas, in the studio with the release of their eponymous CD and on festival stages where the music opens up to reveal a playful group energy with a liberated spirit. They’ve performed extensively in Ireland and Scandinavia, including performances at beacon festivals like Umefolk and Celtic Connection.

In April 2015, This is How we Fly embarked on their first US tour, which included a ground-breaking music residency at Princeton University, where they worked with young composers and the famed So Percussion percussive group. At the end of the residency, they performed with all of these collaborators in a sold-out headline concert at the Princeton Sound Kitchen. The highlight of the US tour was three sold-out concerts at the prestigious Irish Arts Centre, New York.

This is How We Fly will release their second album in 2017.

This Is How We Fly