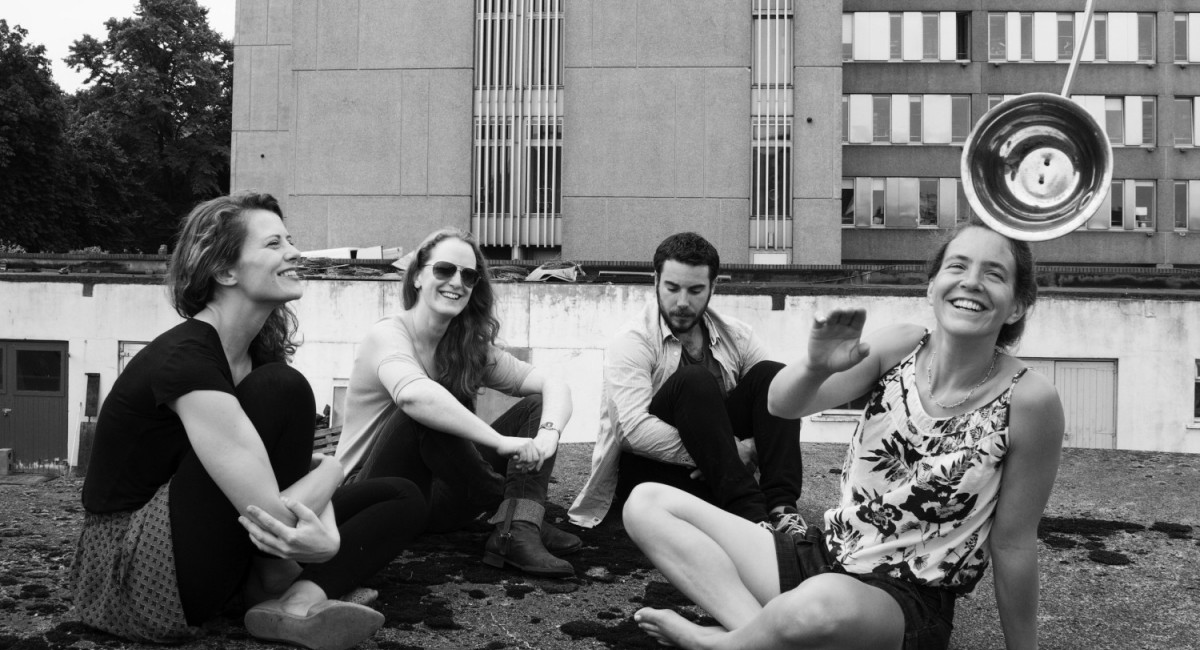 Clang Sayne are an experimental folk quartet (four voices, guitar, bass clarinet, cello, drums) exploring the boundary between song and sound improvisation. Their music has been described as "exhilarating in its refusal to conform" (The Wire Magazine) , and "showing an uncategorisable approach to song craft" (Boomkat). They released their second album, 'The Round Soul of the World' in Spring 2017, a track from which appeared on the April 2017 edition of the Wire's Tapper cd series. You can hear the album in full here:

Round Soul of the World

"A live experience not to be missed"

"The hypnotic, hymnal nature of these songs fuels a desire to unravel their mysteries."

"An ambitiously complex and genuinely fascinating album all at once; one which manages to simultaneously move the heart and mind."

"One of the most interesting new bands from Ireland in recent times."

"Laura Hyland is one of the most uncompromising and purest artists I know. I don't know how she makes her music, but I want to hear more of it."

"A singular, defiantly independent voice in the lineage of Joni Mitchell, Kate Bush, and Bjork."