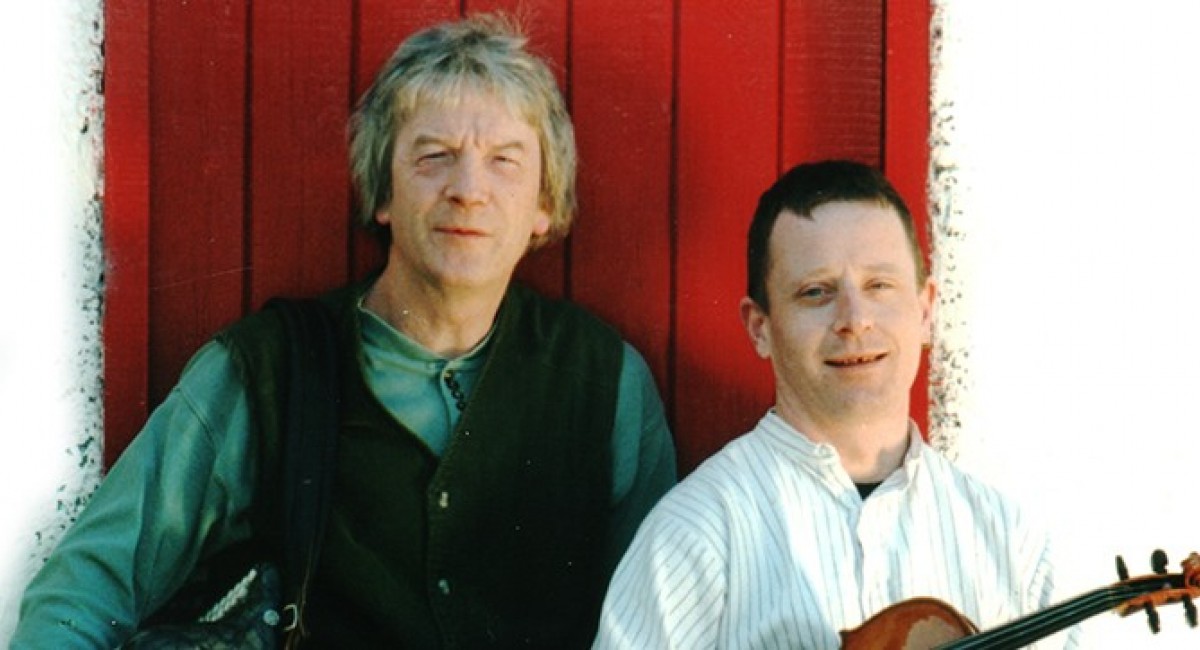 Charlie Piggott and Gerry Harrington re-release their album The New Road. Originally released in 2000 by Cló Iar-Chonnacht. The CD will be launched by Matt Cranitch on the night.

“Charlie Piggott and Gerry Harrington are both excellent players of traditional music with individual reputations to prove it, and when they play as a duet it is special – a natural coming together of skills and sensitivities with a respect, not simply for the notes and phrases of which tunes are made, but also for the essence of the tunes themselves. Where these talents come from no one can fully say but they are not lightly or easily acquired, and the pacing, feeling and choices of music and settings show this here in abundance.

I have had much pleasure from listening to (and playing with) Gerry and Charlie, and this record is a welcome extension of that.”

Originally from Cobh, Co. Cork, Charlie has been playing traditional music since a young age. He was one of the founding members of De Danann, with whom he toured extensively and made several recordings. He was also a member of the Irish musical group invited by the Smithsonian Institute to participate in the festival of American Folklife (1976) as part of the bi-centennial celebrations. His most recent recording was with The Lonely Stranded Band (Clo-Iar Chonnachta, 1996).

Charlie works as a traditional musician in Galway and features regularly on television, radio and at traditional festivals. He is co-author, with Fintan Vallely and photographer Nutan Jacques Piraprez of ‘Blooming Meadows: The World of Irish Traditional Musicians’ (Townhouse and Country House, Dublin, 1998).

Gerry hails from Kenmare, Co. Kerry and grew up under the influence of fiddle players Joe Thoma, Connie O’Connell and Dennis McMahon. During the eighties he lived for a number of years near Chicago where he associated with the well-known musicians Johnny McGreevy and Liz Carroll. Gerry returned to Ireland in 1990 and, forming a box/fiddle duo with Eoin O’Sullivan, recorded two noted albums Sceal Eile and The Smokey Chimney. He has also recorded two albums with the late great Sligo flute player Peter Horan, and his latest work is a solo fiddle album entitled “At Home”. He now works as a professional musician from Josie McDermott’s home place Ballyfarnon, Co. Roscommon, and regularly plays television, radio and concert performances.