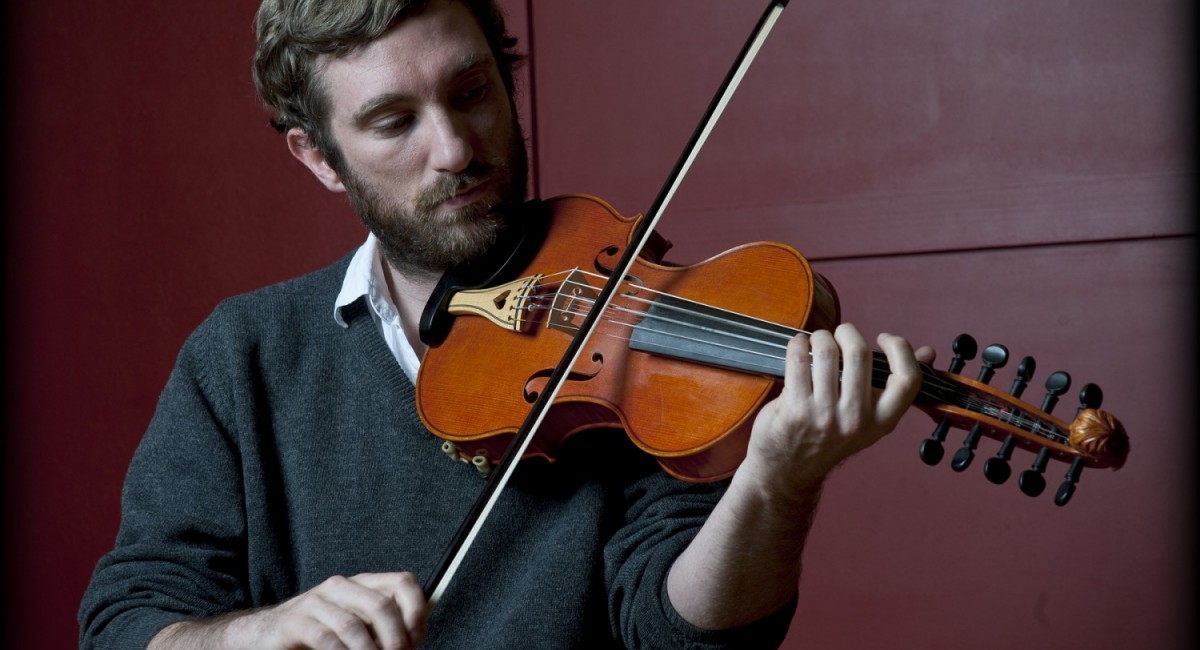 Caoimhín Ó Raghallaigh makes music on a 10-string fiddle called the hardanger d'amore. He has performed on some of the most beautiful stages in the world, including the Sydney Opera House, the Royal Albert Hall and the Carnegie Hall.

He has made eighteen recordings to date, ranging from quite traditional to fairly out there, and continues to explore the region where traditional music begins to disintegrate.

Caoimhín performs as a solo artist, yet is also widely known through his collaborative work, including groups The Gloaming and This is How we Fly, and duos with Dan Trueman, Thomas Bartlett, Garth Knox, Mick O’Brien and Brendan Begley. He has also performed with artists such as Laurie Anderson, Vincent Moon and Amiina. He has made music for theatre and film, including music for the Oscar-nominated movie Brooklyn and Volker Schlondorff's Return to Montauk.

Caoimhín has released eighteen albums to date, most recently the duo with Thomas Bartlett which was released on Peter Gabriel's Real World Records in Autumn 2019.  In April 2020, he will release his nineteenth album, 'the Fate of Bones', with Dan Trueman. Caoimhín has been awarded a Visiting Fellowship to Princeton University for 2020, and is currently artist in residence at the Solstice Arts Centre in Navan, along with his band This is How we Fly.

“The missing link between Martin Hayes and Purple Haze”

“The most singular traditional Irish musician of [his] generation”

"A comfort with improvisation, an ease with silence and space, and a quiet search for the sublime."