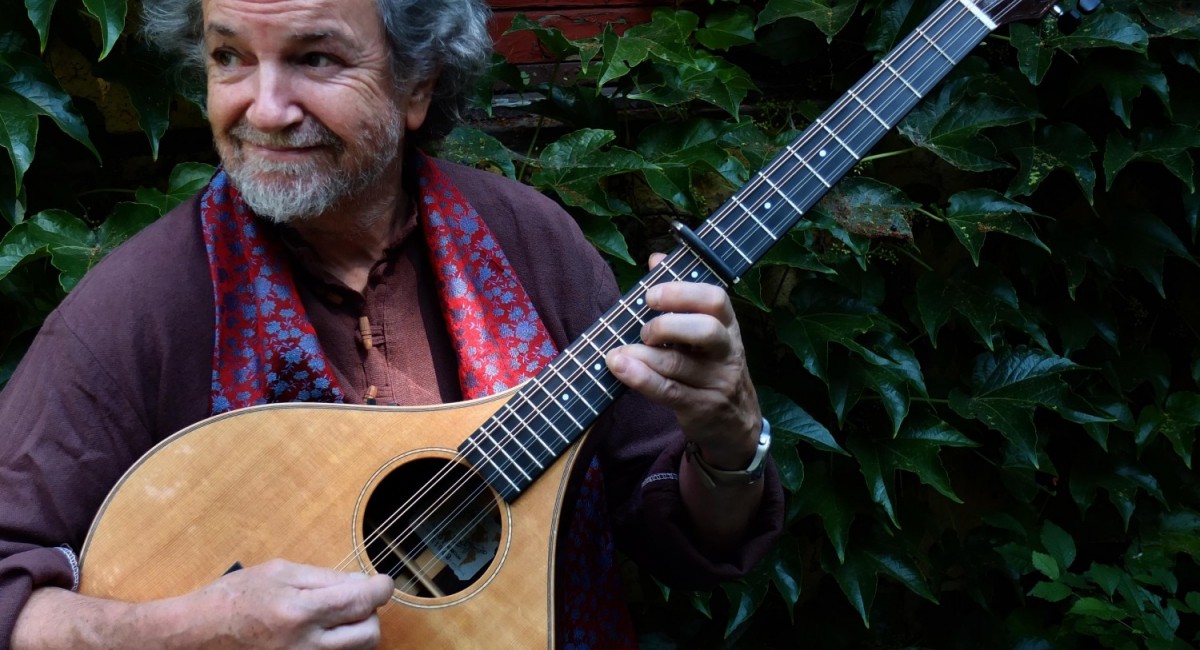 Andy Irvine has enjoyed a long and successful career as a traditional Irish musician. With his impressive repertoire of Irish traditional songs and dexterous Balkan dance tunes, the legendary Irish singer/songwriter creates an exciting new fusion of Irish and World Music not to be missed.

Having travelled the world with bands such as Sweeney’s Men, Patrick Street, Planxty, and more recently Mozaik, Andy continues to pursue new combinations and styles of music. He has broadened his musical horizons over the course of his forty-year career to encompass the musical styles of countries he visits, such as the Balkan folk style of playing.  Between the achievements of his solo, group work and collaborations, he is a highly revered troubadour of the Irish music world.  Andy Irvine never fails to deliver a pulsating, heartfelt performance.

His artistry is quite simply unique and his voice is as liltingly evocative as ever, the songs as pointed and poignant, beautiful and sad.  Never tire of the road, Andy! Independent

Andy is like an old friend.  I’ve known his unique voice for so long – from Sweeney’s Men to Planxty, from his duo with Paul Brady to his solo performances.  His singing is pure emotion.  His playing is both delicate and energetic.  Andy invented the interlaces of bouzouki, mandolin and mandola in Irish music.  He’s often been mimicked, but never equalled.  Andy Irvine is Woody Guthrie’s representative on earth. Hot Press

Andy Irvine has been one of Ireland’s most creative talents for over 20 years. Boston Globe

The Noam Chomsky of Irish Balladry chisels out a new motherlode of sung literature…. A bloody masterpiece. Irish Times