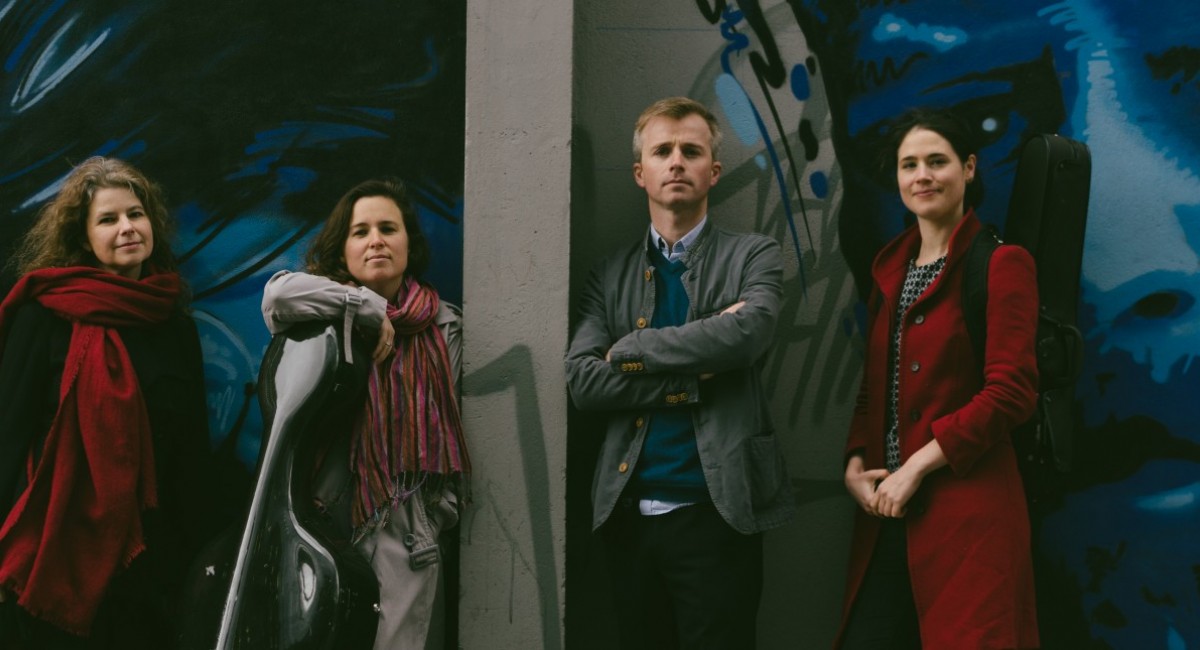 PRISM music is a new ensemble consisting of professional musicians who are committed to bringing live music to audiences in a new format - combining pieces with different instrumentation built around the theme of cultural crossroads: Identity, self-expression and individual stories presented through the prism of music and literature.

Siún Milne began her studies at the Cork School of Music with Ruxandra Petcu-Colan, where she was a winner in many competitions, Junior and Senior Concerto Prizes, Arthur Nachstern Bursary and Senior Bach Feis Ceoil Prize.

Siún continued her studies on a scholarship at the prestigious Royal Academy of Music in London and completed her Bachelor of Music degree in performance there, studying baroque violin with Nicolette Moonen and modern violin with Mateja Marinkovic. Siun is a keen chamber musician, and has engaged in concerts with a variety of ensembles throughout her career. Her string quartet recently performed as soloists with the Kunst Uni Graz Symphony Orchestra. She was also a prizewinner in the RAM Wolf Wolfinsohn quartet competition in 2009 and 2010. As an orchestral musician, Siun led the National Youth Orchestra of Ireland, Kunst Universität of Graz Symphony Orchestra and numerous Royal Academy of Music ensembles. She was also a member of the European Union Youth Orchestra and European Union Chamber Orchestra. She has played with the Irish Chamber Orchestra at the Würzburg Mozart Fest, Storioni Festival Eindhoven, Rheingau and Heidelberg Festivals, Lincoln Centre New York and Konzerthaus Berlin.

Dublin born Aoife Nic Athlaoich enjoys a versatile musical career, dividing her time between modern and Baroque cello. Since moving back to Ireland in 2013 Aoife joined the Irish Chamber Orchestra and has made solo and chamber music debuts at some of Ireland's leading festivals including Galway Early Music Festival, Ardee baroque Festival, Killaloe Chamber Music Festival and the East Cork Early Music Festival. Aoife is s member of the highly acclaimed Orchestre Revolutionaire et Romantique with whom she has toured the USA and Europe as well as performing at the BBC Proms.

Aoife has performed with the orchestra of the Age of Enlightenment, la Serenissima, the Avison ensemble, Irish Baroque Orchestra, Scottish chamber orchestra and Classical Opera company. She was also a member of the London Mozart Players from 2010-2013.

Currently, Aoife is a cello lecturer at the CIT Cork School of Music and at the Irish World Academy of Music in the University of Limerick, and is also Artistic Director of the East Cork Early Music Festival.

Gabriela Mayer is currently the Head of the Department of Keyboard Studies at the CIT Cork School of Music. Her early training was in her native Romania, as well as Italy and later the USA, where she won numerous awards and scholarships. As a recipient of a Fulbright Graduate Fellowship to Germany, Ms. Mayer studied piano performance at the Hochschule für Musik 'Hanns Eisler' in Berlin. She also completed a Doctorate in Musical Arts at the University of Maryland in the USA, graduating with the highest honours. Since moving to Ireland, she has engaged in teaching as well as performing both solo and chamber music recitals. Collaborators have included string and wind players from the RTE National Symplony Orchestra, the Irish Chamber Orchestra and colleagues from the Cork School of Music. She is currently also involved in activities of the  Association of European Conservatoires (AEC) and European Piano Teachers Association (EPTA) through participation in seminars, giving presentations at conferences on pedagogical and performance topics and as an international  representative of the AEC on institutional review panels. Her students have won prizes and awards in piano performance and chamber music competitions and many of the graduates she taught have secured professional careers and continue to be active as performers.