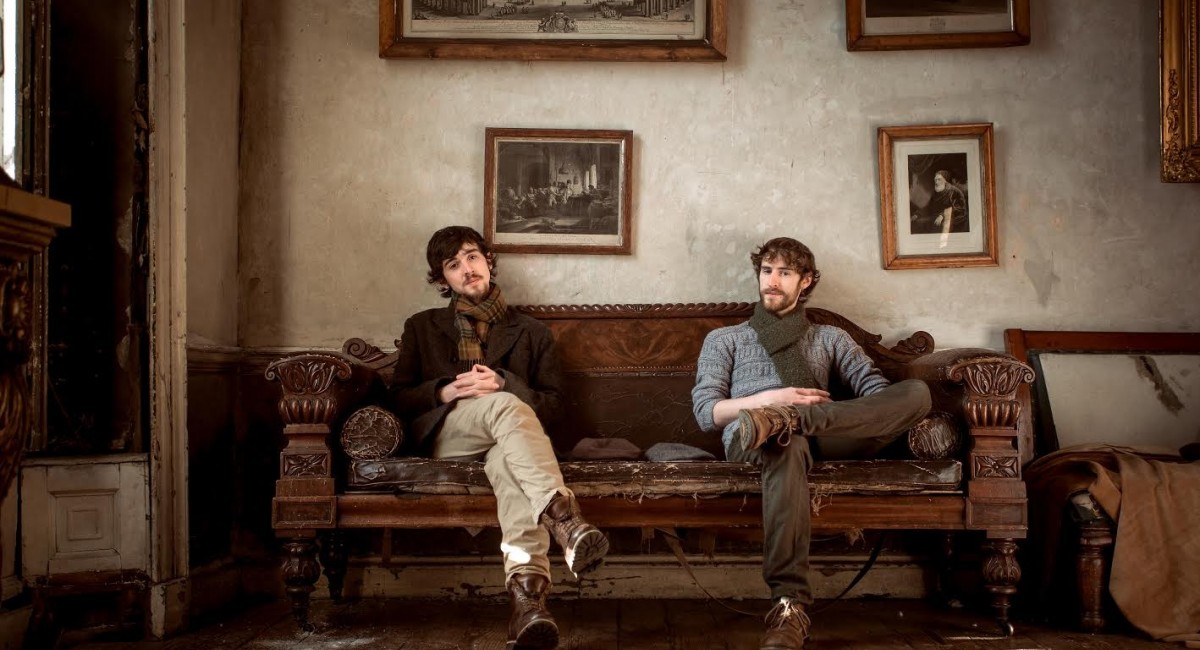 Dublin-based and Carlow-born brothers Diarmuid and Brían MacGloinn – Ye Vagabonds, play their own unique style of folk music. As they prepare to record their debut album, few bands can claim accomplishments as broad or boast the level of interest from their musical peers as Ye Vagabonds before they had so much as a recorded track.

Brothers Diarmuid and Brían spent their early years making music around their hometown of Carlow before moving to Dublin city and quickly becoming a staple and much talked about duo on the live scene in Ireland. Before long the brothers caught the eye of film maker Myles O'Reilly (Arbutus Yarns) who put together some short videos of their music. These videos won the admiration of musicians and industry folk alike, here at home and further abroad. Ye Vagabonds were soon invited to play Other Voices, along with numerous festivals and shows throughout Ireland and the UK. After a chance meeting at their Electric Picnic gig, Ye Vagabonds recently came to the attention of Glen Hansard who, after seeing them play, immediately invited the pair to join him on his recent European tour in October 2015.

Ye Vagabonds recently opened for Villagers on tour around Europe, and are currently taking some time out to work on their debut album, due to be released later this year.