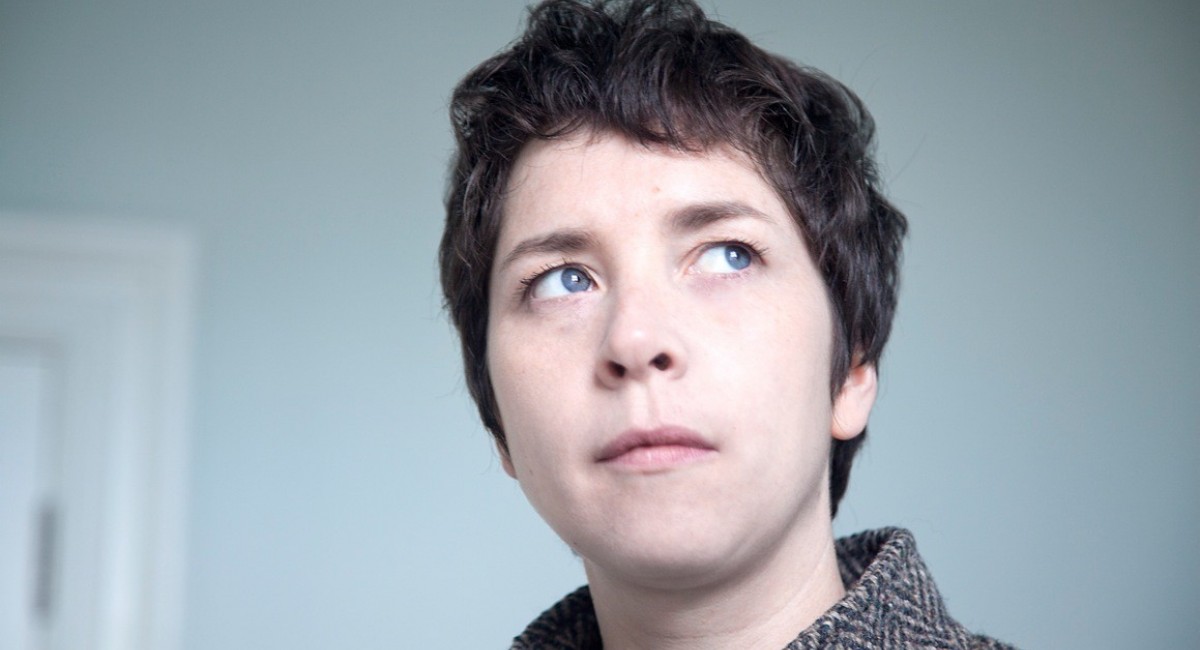 Lisa O'Neill will also be joined on the night by Ain't Saint John. A gig not to be missed!

Cavan folk-singer and witty story-teller Lisa O’Neill returns to Sirius Arts Centre with a new album, ‘Pothole in the Sky’. If you’ve seen her before you’ll know it’s a performance not to be missed.

This third album follows a witty and charming debut ‘Has An Album’, and the follow-up ‘Same Cloth or Not’ that marked her as a serious artist, a contender, a voice, a forked tongue. These are wonderful songs, unique and full of the sort of glorious individual word-play that could only come from the pen of O’Neill.

Lisa O’Neill has a remarkable voice; a Cavan twang, a growl, a song-call. It can be many things. She needed to make an album about that voice. ‘Pothole in the Sky’ is a recording of “the voice”. The voice is everything for the folk singer – a conduit for the words, the emotion, the thought process. This is no ordinary record.

O’Neill’s voice goes to all sorts of places throughout the course of this album, and the music provided by Emma Smith, Seamus Fogarty, Joseph Doyle, and Mossy Nolan follows her like a dark swirling storm, often bringing to mind the loose impressionism of the Dirty Three. On ‘Planets’ O’Neill delivers her most extraordinary vocal and lyrical performance to date. It is remarkable and on this form she could go toe to toe with Nick Cave at his most fire and brimstone. Except O’Neill’s prose is elemental and mysterious, not angry.

As any truly great singer knows, it’s not all about those big reaching numbers. There is some truly brave singing on this record. For instance, the odd high-pitched flourishes on ‘Nasty’, or the shrill parlour style singing on ‘Black Sheep’. The latter features some of the best accompaniment too, a mellifluous psychedelic montage that literally sets sail one-minute-thirty in as Lisa goes off on one of her patented hypnotic stream-of-conscious word-play trips. The album closes out on a succession of brilliant songs. ‘The Banjo Spell’ is a tender ode to the aural folk tradition without being throwback. In fact it has a big lush modern feel to it.  And ‘The Hunt’, featuring guest fiddle and banjo from Colm Mac Con Iomaire and Glen Hansard respectively, is just another meandering epic Lisa O’Neill number, twisting and turning and changing its phrasing and tempo to suit the story and accommodate the words. She makes it sound easy. But it’s not.

At a time when sameness threatens to drain the world of charm and surprise, Lisa O’Neill stands tall for difference, as an outlier with a mission to frame the world as she sees it and to perform it accordingly. Joe Breen, Irish Times

Pothole in the Sky

Ain't Saint John is Wexford raised piano player, singer and songwriter, John Mac Naeidhe. Making music that could be described as a kind of chamber-folk with romantic piano, John's lyrics are very much influenced by the natural world: both the flowers and trees and the mud and grit.

His debut, The Grow Yourself EP is available in 12" vinyl and usual online stores.