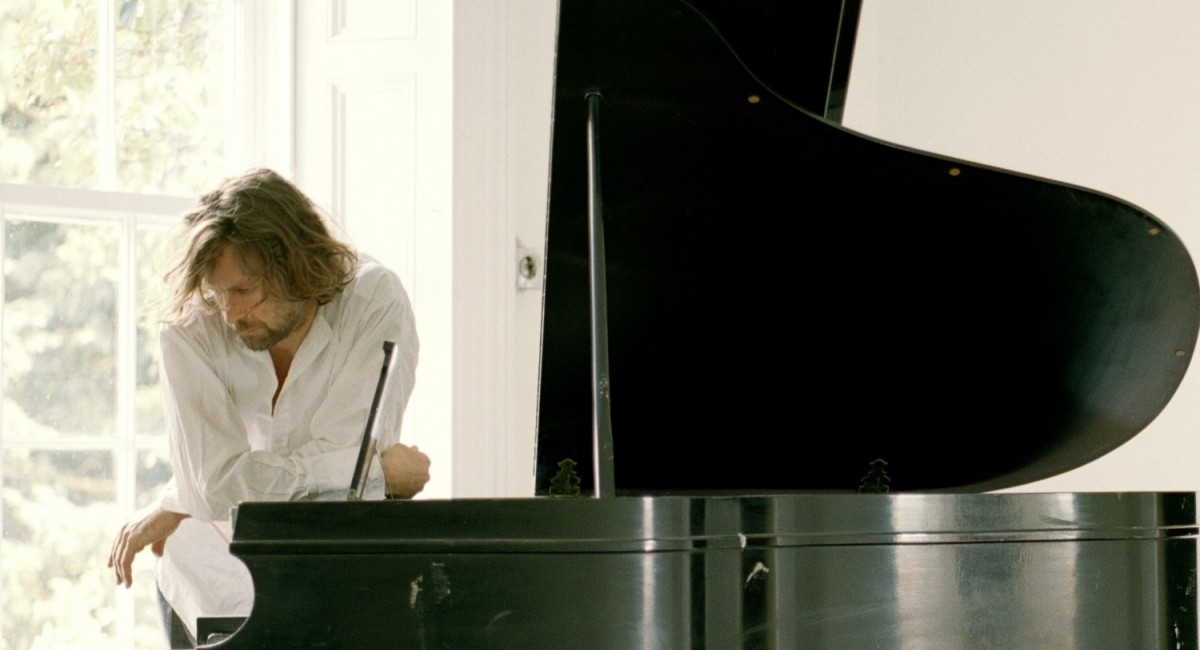 PLEASE NOTE THIS EVENT IS NOW BOOKED OUT!

Liam Ó Maonlaí is one of Ireland’s best-loved musicians and singers, both in rock and traditional music. Spanning over twenty years Liam’s career has seen him have number one hits in over twenty countries, to playing with Aboriginal musicians in Australia outback and recording with some of the world’s best musicians including Carlos Nunes, Donal Luney, U2, Van Morrison to name but a few. A master pianist, Liam also performs on guitar, harp, tin whistle and bodhrán.

Bono once described Liam as ‘The Best white boy soul singer in the world’ and he has been also been described as one of Irelands best Sean Nos (traditional Irish) singers.

In 1981 he won the all Ireland final as bódhran player under 18. He has been a finalist on the tin whistle, piano and as a singer many years over. In Ennis in 1985 he and Fiachna Ó Braonain ,with the enchanting presence of Maria Doyle Kennedy won a music award called Gradam Shlogadh. They had put together a rhythm and blues group with all songs written in Irish. This was the seed beginning of Hothouse Flowers, which went on to be one of Ireland’s most successful rock bands and released seven albums. All through the Hothouse Flowers years, Liam remained faithful to his traditional roots. 'Traditional music does not belong to me. I belong to it. The same as the land.'

Liam recorded his first solo album entitled ‘Rian’ meaning trace or mark in Irish, with his close friend, renowned producer John Reynolds in 2002. It was released in Ireland in November 2005 and has since been released in America, Canada, Japan, UK and Europe. He is releasing the album through Rian Records his own independent label. ‘To Be Touched’ Liam’s second solo album was released December 2008. Taking a different direction from Rian, To Be Touched is a intimate celebration of Liam as pianist and song writer. Recorded in Prague and the Tyrone Guthrie Centre Annaghmakerrig, Monaghan the album is a soulful collection of songs that touch on the many influences that are contained in Liam’s musical genius with songs in English and Irish and a traditional aboriginal song. ‘To Be Touched’ is release in Ireland through Rian Records.

Michael Keegan-Dolan, choreographer and director of Fabulous Beast Dance Company approached Liam in 2010 with a plan for to create a contemporary dance show to the music of Liam’s solo album Rian. Together they created a stunning piece of dance accompanied by live music performed by Liam and other musicians, this was developed conjunction with Sadlers Wells Theatre London and the Dublin Ulster Bank Theatre festival where the show was premiered in Oct 2011.

'I believe the style known as séan nos, carries a sense of the soul of the land and the people who are awake in that land. I feel, when in the company of other cultures, the singing of this style opens a window into what it is that connects us. Every country has its own séan nos.'

Booking essential. To book for this event please email your name and contact number to info@siriusartscentre.ie with the subject heading ‘Liam Ó Maonlaí’.

This event is part of Criunniú na Cásca